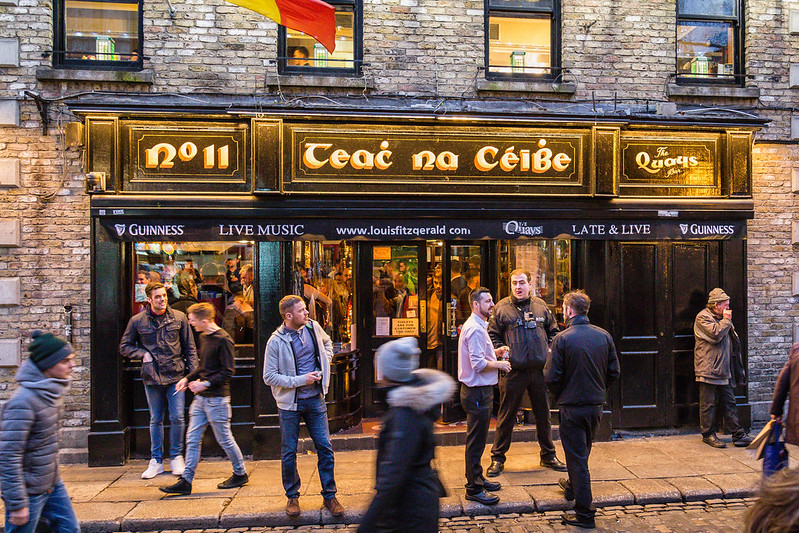 Ireland’s poverty reduction has been impressive, coming from the times of the political and religious troubles of 30 years ago. In 1987, at a poverty line of $5.50 a day, poverty in Ireland was at 3.7%, but in the 21st century, the poverty rate has never been above 1.5%. However, as with the U.S., the recession of 2008 greatly affected the Irish economy. Following the recession, the consistent poverty rate was still 2.5% higher in 2017 than it was in 2008. At the national poverty line, the World Bank suggested the poverty level was at 13.9% in 2019. To make matters worse, 25% of those living in poverty currently are children.

Despite this, the presence of these large pharmaceuticals and tech firms also have some benefits for Ireland. For example, Apple provides 6,000 jobs in Ireland alone. This proves to be a major contributor to the economy, which in turn provides the government with more funding.

The Irish government reinvests this back into public services. For example, during the pandemic homelessness decreased, dropping below 9,000 for the first time since 2017. On top of this, it is estimated that without Ireland’s welfare system a huge four in every ten of the population would be in poverty. If the country reduces child poverty, this could continue at an even greater rate, as Social Justice Ireland advocates for.

Impact of the Recession

The recession hit Ireland in 2008, resulting in a housing market crash similar to the U.S. This was followed by an economic depression in Ireland in 2009- with GNP decreasing by 12% in the first quarter of that year. The housing crisis also affected many other industries as the population lost confidence in the economy. Unemployment increased by almost 8% between 2008 and 2012.

However, Ireland appears to be crawling out of this “lost decade” of economic turmoil with reduced unemployment, homelessness and high levels of growth. But there are still lasting effects of poverty that Ireland still hasn’t addressed.

Social Justice Ireland outlines the serious problem of in-work poverty in Ireland. In-work poverty was at 6.2% in 2020 and has not shown any signs of decreasing over recent years. COVID-19 appears to have affected these lowest earners as well- with income tax receipts only decreasing by 1% in 2020. Social Justice Ireland believes the country needs to do more in achieving governmental targets, implement more policies to support the ‘working poor’ and provide more support for the poor such as greater enforcement of a wide living wage.

Focus Ireland is a prime example of the foundations that helped to foster Ireland’s development post-recession. The organization supports homeless people in Ireland. In 2020, it successfully helped 1,829 households stay out of homelessness or helped them to move to a secure home. Projects like this are helping to contribute to Ireland’s reducing level of homelessness.

Ireland’s poverty reduction is succeeding as it stands, but more help needs to be provided for a large number of working poor and children in poverty.