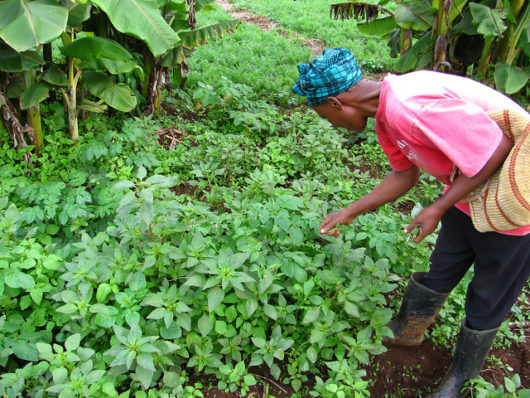 Free trade is currently a hot topic in Africa. Several countries have already signed a trade agreement that opens the continent to free internal trade and now the European Union is looking to connect with Africa and form an alliance between Europe and Africa. While these talks certainly seem like a good idea, the question of whether they ultimately help Africa’s poor remains unanswered.

A Move Toward Intra-African Trade Improvement

Early in 2018, many African leaders came together in Kigali, Rwanda, to establish the African Continental Free Trade Area (AfCFTA) with the goal of executing the agreement before January 2019. The deal would allow free movement of capital and business travelers. Ideally, it would give a chance for manufacturing sectors growth in many countries and lead to economic diversification.

AfCFTA will potentially cover the market of more than a billion people in African and will be one of the largest free trade areas ever established in the world. Its goal is to create one continental market for goods and services. AfCFTA should also “enhance competitiveness at the industry and enterprise level through the exploitation of opportunities for scale production, continental market access and better reallocation of resources.” The Economic Commission for Africa has calculated that this deal would increase intra-Africa trade by more than 50 percent through the elimination of trade barriers.

What Does External Free Trade in Africa Look Like Right Now?

Currently, Africa and Europe are committed to the Cotonou Agreement that, unless amended, expires in 2020. Signed at the turn of the millennium, this agreement covers the partnership between the E.U. and many developing countries in Africa, the Caribbean and the Pacific.

The Next Chapter for EU and Free Trade in Africa

European Commission Chief Jean-Claude Juncker stated that Africa does not need charity. He said that this continent needs true and fair partnerships. And Europe needs this partnership just as much. His recent State of the Union address called his colleagues to see Africa as Europe’s “twin.” He argued that the perspective of this continent as the one needing Europe’s help or charity was not only insulting but rather false.

Europe is beginning the process of replacing the Cotonou Agreement, focusing on Africa with the goal of a free trade agreement between E.U. and all Africa countries. A report from the European Commission argues for an Alliance for Sustainable Investment and Jobs. The report summarizes that this alliance is more than a financial plan and it represents a radical shift in the way these two continents work as partners toward a logic focused on Africa’s economic potential and the mobilization of the private sector.  This Alliance has 10 main actions in focus:

This Alliance is estimated to create 10 million jobs over the next five years and hopes to strengthen the private sector as well. AfCFTA is crucial in achieving these goals. African Union’s High Representative Carlos Lopes said that AfCFTA should be the main instrument for a free trade agreement with the E.U. Currently, more than a third of Africa’s trade occurs with the European Union. Lowering costs and improving efficiencies would benefit everyone involved.

Poverty and Free Trade in Africa

Free trade agreements have many advantages and can lead to better lives of Africa’s poor population. However, they can also go in the opposite direction and take away jobs leaving unskilled workers with few options to support themselves and their families.

Free trade tends to increase a country’s economic growth, attracts foreign investors and leads to a transfer of expertise and technologies. It also leads to greater outsourcing, destruction of native cultures and can hurt local industries and firms.

Nigerian President Muhammadu Buhari is especially cautious when it comes to opening borders for trade. He has delayed (and may ultimately avoid) agreeing to AfCFTA because he fears that competition from other African nations will destroy local industries. The World Trade Organization meanwhile argues that free trade helps reduce poverty. In fact, their research found that trade liberalization is generally a strongly positive contributor to poverty alleviation since it allows people to exploit their productive potential, assists economic growth, curtails arbitrary policy interventions and helps to insulate against shocks.

The open trade comes with certain consequences, but many countries and many people have benefitted greatly from opening their borders to the free flow of goods and services. If Africa can ratify its internal trade agreement and then form a new alliance with the European Union, it could mean better jobs for the citizens of the continent and poverty reduction.