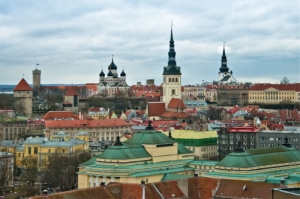 Estonia is a northeastern European country of about 1.2 million people. It is bordered by Russia to the east, Latvia to the south and is a short distance across the Baltic sea from Finland, to the north. Formerly part of the Soviet Union, Estonia is now a member of NATO and the EU. Also a part of the United Nations, Estonia is subject to the U.N.’s annual Sustainable Development Goals (SDGs). There are 17 goals, such as no poverty and zero hunger. SDG Goal 11 is Sustainable Cities and Communities. It calls on countries to “make cities and human settlements inclusive, safe, resilient and sustainable.” The country is currently making commendable progress in creating and maintaining sustainable cities and communities, such as providing free public transportation in Estonia. However, challenges do remain.

Updates on SDG 11 in Estonia

Estonia is making a great effort to create a sustainable city and fulfill the SDG Goal 11 of Sustainable Cities and Communities with clean air and improved water source piped. The government is also helping citizens with overburdened rent and the private sectors are helping to improve transportation.