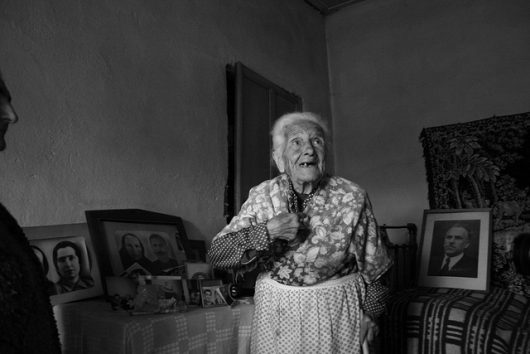 The Republic of Armenia is a mountainous, landlocked country between the Black Sea and Caspian Sea in the Southern Caucasus. It is densely populated, with more than three billion people. The country is known to battle several diseases and health risk factors. Below are four common diseases in Armenia and how the country is working to combat them.

The next most common illness in Armenia is cancer, specifically lung, breast, stomach, colon, liver, pancreatic, bladder and prostate cancers. A report from 2013 shows that 20.8 percent of deaths that year were from cancer in both males and females. The deadliest were lung, bronchial and tracheal cancer, which claimed the lives of 42.5 people out of every 100,000. Cancer made up almost one-third of deaths between 2000 and 2012. Fortunately, according to a WHO statistical report in 2012, the death rate for breast, colon and stomach cancers had decreased since 2000, each claiming less than two percent of lives. Because Armenia is a WHO European region – which designates at least $2,000 total expenditure on health per capita – continued funding for the health sector could rectify the problem of high rates of diagnosed cancers.

Another prevalent disease in Armenia is tuberculosis (TB). Data show that in 2015, about 1,104 total cases of TB were diagnosed. Most people diagnosed with TB also have HIV; when paired together these are more deadly than a TB diagnosis alone, as HIV causes a lowered immune system which can spread TB faster throughout the body. In 2015, all noted TB cases were in patients with HIV status, and 41 out of every 100,000 people who died were both TB and HIV positive. Despite these concerning numbers, Armenia is taking practical and effective steps in TB treatment and funding for the disease. More than 60 percent of HIV-positive TB patients received successful treatment between 2012 and 2014, and new and relapse cases of TB saw an approximate 80 percent treatment success rate. In 2015, about 14 percent of HIV-positive people were enrolled in TB preventative treatment. Further, Armenia is currently financed in 55 percent domestic and 45 percent international TB treatment as of 2016.

In 2011, WHO European Region in partnership with Influenza Division International Activities released an annual report detailing Armenia’s implementation of influenza surveillance systems. The U.S. CDC noted that Armenia completed all five years of the Surveillance and Response to Pandemic and Avian Influenza agreement in order to combat rampant annual flu outbreaks in the country. Armenia achieved a number of goals under this agreement, including adding laboratory and diagnostic means of detecting active avian and human influenza, running sentinel surveillance of outbreaks, doing appropriate specimen testing during the influenza season and updating a small library with relevant scientific documents and participating in regional and international conferences and workshops. Influenza surveillance sites have been established in three hospitals in the capital city of Yerevan, and in five hospitals in the cities of Vanadzor and Kapan. As of 2011, all but one surveillance lab was completely functional, proving influenza prevention and treatment may be on its way to becoming more successful.

These common diseases in Armenia are clearly being met with much action and compassion from both inside the country and outside. With continued efforts to alleviate the burden of disease and educate the population, Armenia is headed in the right direction.

How Significant is the Skills Gap? Cost of Living in Bulgaria
Scroll to top