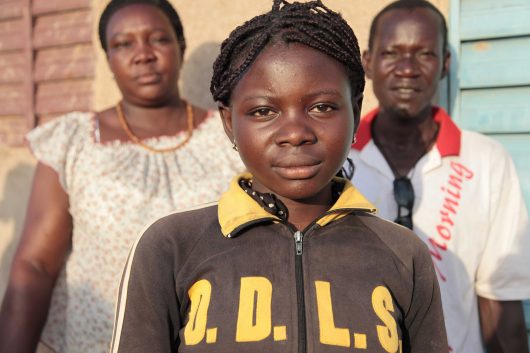 Child marriage rates vary throughout the country but can be as high as 86 percent in some regions. The practice is connected to both poverty and tradition. There are also tangible links to lack of education, with girls being more at risk for child marriage if they are less educated.

Forced marriage in Burkina Faso is technically illegal, but the law is rarely enforced. It does not prevent traditional or religious marriages, which creates a loophole in the law, causing many girls to be forced into marriage. The law also defines a lower legal marriage age for girls than boys. Girls can legally marry at age 17 and boys at age 20. Many girls are married before age 17, despite the current laws in place to prevent the practice.

Girls as young as 11 can be forced into marriage. This equates to a huge age difference between a young girl and her male spouse. The gap can vary from 30 to 50 years. In many cases, these men are engaging in polygamy and already have one or more wives.

Forced marriage is usually motivated by economic or social incentives. Sometimes marriage is promised at birth or during early childhood, often including a dowry from the husband’s family that consists of money or land.

There are numerous health risks for young girls that are forced into marriage. Women are expected to bear children at the husband’s discretion, which can be extremely unsafe at such a young age. Complications during pregnancy may cause injury or even death to the young mother. Physical and sexual violence is also common among forced marriages.

Marrying early endangers girls’ futures as well. Wives are expected to perform all household chores and are often denied access to education or economic opportunity. The level of female access to education in Burkina Faso is already low, at only 64.2 percent, but girls that are forced into marriage are more likely to give up school.

Burkina Faso created a “National Strategy to End Child Marriage” in 2015. The goal of the project is to reduce the occurrence of child marriage by 2025. The strategy is supported by U.N. agencies as well as political and religious leaders throughout the country. Objectives include preventing child marriage and supporting victims of child marriage.

This is a step in the right direction, but the country still has a long way to go to comply with international human rights standards.