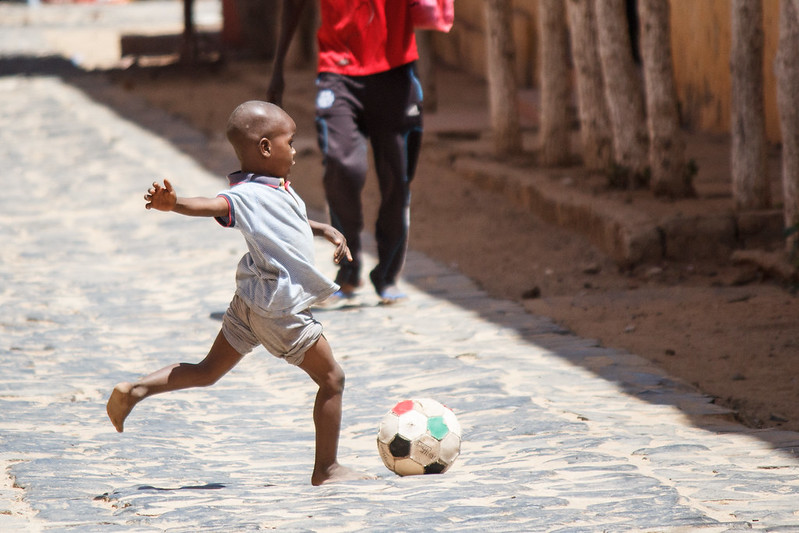 With billions of fans worldwide, football is quite unmatched when it comes to global influence and popularity. This is why the United Nations is partnering with the Union of European Football Associations (UEFA), one of the largest and most influential governing bodies in world football, to launch Football for the Goals. Through this initiative, the two organizations will work to use the massive popularity and influence of football in order to work towards the U.N.’s Sustainable Developmental Goals (SDGs). Here are some key facts about this unique partnership as well as the goals it will work to accomplish and bring awareness to.

What are the Sustainable Developmental Goals?

Adopted in September of 2015, the U.N.’s Sustainable Developmental Goals (SDGs) are a broad group of 17 goals that the organization hopes to achieve by 2030. As described by the U.N., “The [SDGs] are a call for action by all countries… to promote prosperity while protecting the planet. They recognize that ending poverty must go hand-in-hand with strategies that build economic growth and address a range of social needs including education, health, social protection, and job opportunities…”

The SGDs are aimed at:

In a joint statement on July 6, 2022, UEFA and the U.N. announced Football for the Goals. The initiative will primarily see UEFA strive to use its partnerships with various footballing confederations, leagues, clubs, players, fans, media and commercial partners in order to work towards achieving these goals the U.N. outlined in its SDGs, according to UEFA.

In addition to bringing awareness to these goals, however, UEFA also hopes to influence other organizations to use its own platforms by “[demonstrating] how sustainable practices can be mainstreamed through any business model, including sport.”

Speaking on the announcement of this unique partnership, Deputy Secretary–General of the U.N., Amina J. Mohammed, commented, “The [U.N.] recognizes the powerful voice football carries in the global community and the role football can play in raising awareness for the SDGs through the popularity of the game. Not only is football the most popular sport in the world, but it is also the most accessible… Football for the Goals offers a unique opportunity to raise awareness and galvanize the world into action on the SDGs,” UEFA reports.

With recent UEFA competitions reaching billions of viewers worldwide, such as the most recent UEFA European Football Championship, the reach and appeal of football is no doubt an ingenious vessel for raising awareness and calling for action.

Whether it’s through an on-field advert or a TV spot, Football for the Goals and the very SDGs it represents have the potential to fall into the view of billions of people worldwide. Using this global reach and influence of football, the U.N. and UEFA can begin shining an even greater light on the work that might enable a more secure and prosperous future for millions worldwide.

Speaking alongside the U.N. Deputy Secretary–General, UEFA president Aleksander Čeferin, emphasized this unique role the football community has to play in creating this kind of positive change: “I am convinced that if football comes together and bundles its power to drive sustainable change, it will be able to have a strong and long-lasting positive impact. As UEFA, we must set the right example towards sustainable change and inspire others to follow,” UEFA reports.