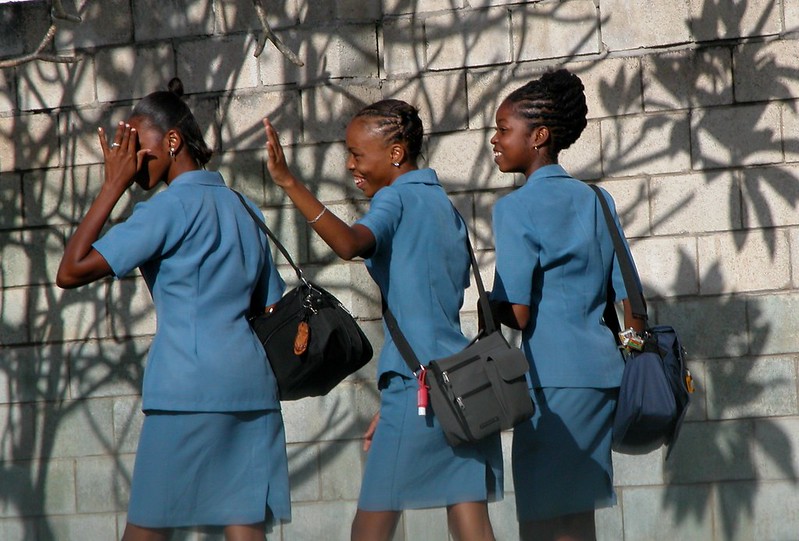 HIV/AIDS rates in the Caribbean are the highest in the world after Sub-Saharan Africa. With the prevalence rate within the region being 1.6% in 2005, the National Strategic Plan of Barbados marked HIV/AIDS as one of the nation’s biggest threats. Its small size and population mean that Barbados, and the Caribbean as a whole, tend to be overlooked in discussions of HIV/AIDS. Despite this Barbados has since, with foreign help, embarked on a mission to reduce the transmission of HIV/AIDS within the nation.

HIV/AIDS transmission in Barbados saw a significant uptake in the early 2000s. This upward trend was mirrored across most of the Caribbean region. The Barbadian government identified that disfranchised groups were overrepresented in statistics regarding HIV/AIDS transmission.

A range of factors led to the higher than global average rate of HIV/AIDS in the nation. One of the largest factors contributing to the relatively high rate of HIV/AIDS in Barbados was the low rate of condom usage among the nation’s youth. In 2006, only 21% of Barbadians between the ages of 15 to 24 reported using a condom in their most recent instance of sexual intercourse.

Men who have sex with men, sex workers and other venerable groups also accounted for a disproportionate share of those infected with and dying from HIV/AIDS. These vulnerable and at-risk groups later became the focus of transmission reduction and treatment efforts.

Most recently the COVID-19 pandemic distracted from efforts to combat HIV/AIDS in the country. Initiatives such as the Man Aware event, which seeks to raise awareness of HIV/AIDS among Barbadian men, were canceled. The risk of spreading COVID-19 meant such face-to-face events could not be held.

Various national and international actors have had a hand in combating HIV/AIDS transmission and AIDS-related deaths within Barbados. The World Bank provided one avenue of initial support. The World Bank’s Adaptable Program Loan, known as APL, provided the nation with additional health care funding. The main purpose of this program’s adoption in Barbados was to combat HIV/AIDS transmission and quell deaths from HIV/AIDS, according to The World Bank. One way Barbados achieved this was by providing free antiretroviral to HIV-positive citizens.

The U.S. Emergency Plan for AIDS Relief (PEPFAR), created in 2003, partnered with the Barbadian government, among other developing nations, to combat HIV/AIDS transmission. The U.S. organization contributed over $80 billion to this global project so far. PEPFAR also oversaw the wide-scale adoption of pre-exposure prophylaxis (PrEP) HIV prevention treatment in the nation. The Barbadian Ministry of Health and Wellness worked closely with PEPFAR to adapt HIV/AIDS treatment services to each vulnerable group.

As well as partnering with American-led organizations, Barbados also partnered with the governments of other Caribbean nations under the Pan-Caribbean Partnership Against HIV/AIDS (PANCAP). This regional collaborative effort sort to connect HIV/AIDS funding, on the governmental and intergovernmental level, to local services. This aided research within research facilities and supported the functioning of further treatment centers. Barbados, along with its partners in the PANCAP has seen the most progress in combating HIV/AIDS in the Caribbean region.

The action taken to combat HIV/AIDS in Barbados by both internal and external actors have brought about significant progress in the fight against the disease. Through these various initiatives, Barbados embarked upon a U.N. set a target of having at least 90% of HIV-positive citizens know their status and receive treatment by the year 2020. As of 2020, Barbados has reached 89% of HIV-positive citizens knowing their status, according to the U.S. Embassy in Barbados, the Eastern Caribbean and the OECS.

This promotion and uptake of testing began saving lives immediately upon its adoption as a major priority by the Barbadian government. Between 2001 and 2006 the number of AIDS-related deaths in Barbados plummeted by 72%. Within the same time period, new AIDS diagnoses fell by 46%, according to The World Bank.

The education which accompanied testing and treatment has helped quell much of the further spread of HIV/AIDS in Barbados. The education of Barbadian youth resulted in 72% of young people aged 15 to 24 stating they used a condom during their most recent sexual encounter in 2014. This rose significantly from the 21% reported in 2006, The World Bank reports.

Centers for Disease Control and Prevention (CDC), has continued much of the positive work pioneered by the Barbadian government, U.N. and previous U.S. interventions. The CDC established its regional office in the Caribbean region in 2002. The CDC has paid particular attention to ensuring testing and treatment for men who have sex with men, one of the most vulnerable portions of Barbadian society. Today the CDC continues to work with its ministries to improve the quality of testing and treatment services. CDC funding also continues to create great outreach for HIV/AIDS prevention and treatment efforts.

These progressive strides made within Barbados over the last two decades to tackle HIV/AIDS have been a result of the collaboration between numerous stakeholders. Although it still needs more progress, Barbados has come a long way in combating the disease over the last 20 years.

Poverty and Inequality in the Kibera SlumFootball for the Goals: The UN Teams with UEFA
Scroll to top