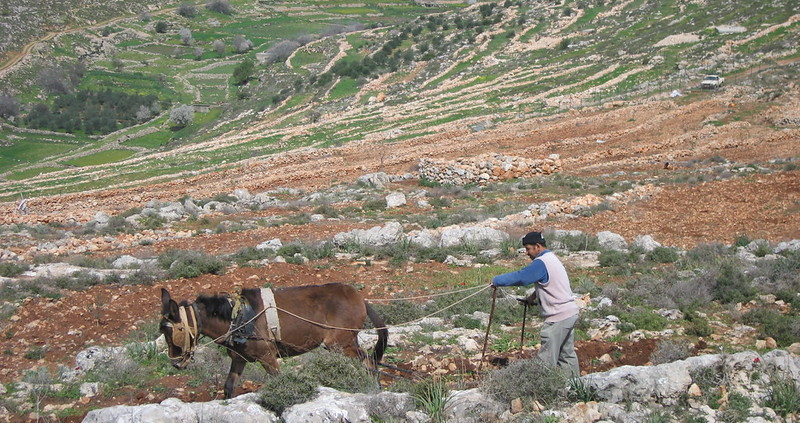 In 2018, the World Food Programme reported that 68.7% of urban Palestinian territories and 67.4% of refugee camps experienced food insecurities. As the poverty rate continues to increase, COVID-19 has further damaged the nation’s economy. Despite the Palestinian market’s dependence on agriculture, many factors have affected the region including foreign occupation, insufficient governance and distanced global intervention. Palestine’s history of unsustainable farming practices and social pressures to sell land still exist, making food insecurity in Palestinian territories an ongoing struggle.

A History of Hunger

Poverty has affected these regions since the early 15th century as governing entities have deterred progression in agricultural advancement. Until the 1920s, the British occupation of Palestinian territories did not emphasize its agricultural sectors, leaving many farmers with elementary techniques.

In the 1950s, the neighboring Israeli state emerged, vastly increasing economic competition. The Arab-Israeli War of 1948  resulted in widespread poverty, creating an overflow of Palestinian refugees in the Gaza Strip. The rule of the Jordanian annexation of the West Bank in the 1950s changed land and water policies and increased taxation on Palestinian lands. Shortly after, Israeli’s markets began to bleed into Palestinian territories, and the two nations’ economies began to blend. Many Palestinians became the cheap labor source under the Israeli market system.

Considering the lack of diplomatic unity and relocation of labor and resources, the state of Palestine has never had a chance to renovate agricultural practices to sustain a consistent food source. One major source of stagnation exists that perpetuates the cycle of economic recession and insufficient production in Palestinian territories: the neighboring Israeli nation. Palestinian resources often go to Israeli markets due to the merging of the two nations’ economies. With Palestinian refugees working within Israel’s economy, Palestinian land, water, livestock and agriculture sectors work to fuel the neighboring commercial systems, deducting from Palestinian progress or self-efficiency.

In 2021, Palestinians are still facing severe food insecurity along the Gaza Strip, battling various levels of poverty that the pandemic exacerbated. State efforts have undergone fragmentation, as the governing body is thinly spread between responding to COVID-19, severe food insecurity and the Israeli threat of annexation of the West Bank.

To combat this turbulence and provide aid to Palestinian territories, the UNRWA and IRUSA have collaborated to donate $2.44 million to provide COVID-19 relief and support food security. These nonprofit organizations target refugees and children in need of food assistance and contribute to education, health, food, livelihood and women’s initiatives.

Though these U.S. organizations have supplied funding to alleviate some poverty and food insecurity in Palestinian territories, these projects are temporary assistance because the problem has not experienced complete elimination.

In efforts to mitigate the recession, Palestinian sectors are taking part in “agro-resistance” to reclaim independence and labor. Localization tactics are constantly circulating; the Palestinian people participate in nonviolent demonstrations and work to redefine methods of agriculture. Locals work together to catch rainwater from rooftops, preserve and catalog seeds and create gardens within households to support self-sustainability.

The most crucial advancement within this process is the education of farmers. Nonprofit organizations such as the Union of Agricultural Work Committees and Ma’an Permaculture Center work with the locals to reduce food insecurity in Palestinian territories and to rebuild the economy. The effort still continues as each sector receives education and renovation, even amid COVID-19 and existing poverty.