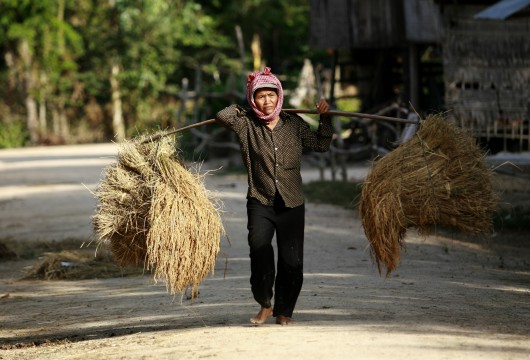 Sixty years after being put into effect, the Food for Peace program faces congressional reform that will lower costs and provide sustainable support for those living in conflict-ridden countries. Currently, law requires that food aid be grown in and shipped from the U.S. – a mandate that increases costs 25-50 percent more than they would be on the current market. Advocates for reform criticize the program for its inefficiency and helping American shipping and farming businesses profit from such programs.

Shipping firms, farms and some NGOs form an “iron triangle of special interests” that have benefited from international aid and attracted criticism from politicians in both parties. Between 2004 and 2013, 88 percent of USAID funding was used to harvest and ship food- a huge cost that decreased the amount of food the organization was able to provide by 64 percent.

A system designed this way is not only inefficient in properly allocating resources, but also counterproductive in affecting any kind of change in the countries that need it most. Daniel Maxwell, professor and research director at the Feinstein International Center at Tufts University, commented, “We need to support local agricultural producers and markets, or at a minimum, not undermine them.” Reformers advocate for changing the system to implement locally grown and shipped food resources rather than those from the U.S.

Senators Corker and Coons, who are cosponsoring the reform of the bill, have estimated that such changes could expand the program’s reach by 12 million people and free up $440 million through local, sustainable production. Providing support for local growers and shippers will strengthen local economies rather than keeping them reliant on international resources, empower and employ more people, and create a more sustainable rebuilding of communities.

Eric Munoz at Oxfam America says that a program created 60 years ago is not useful or appropriate for current times. Indeed, when 60 million people per year are in need of food aid, expansion of resources and lowering costs is more greatly needed than ever. Many farmers believe they have a right to profit from food aid programs and would suffer from reforms, but experts estimate such programs amount to only 1 percent of agribusiness profits.

For policy changes that would so greatly impact those in need, lessening the profits of huge farming businesses in the U.S. seems trivial. Worrying about this profit loss is “an inappropriate way of viewing the rationale of providing emergency assistance and foreign assistance, particularly assistance that is meant to address food insecurity in complex crises like Syria or South Sudan,” says Munoz.