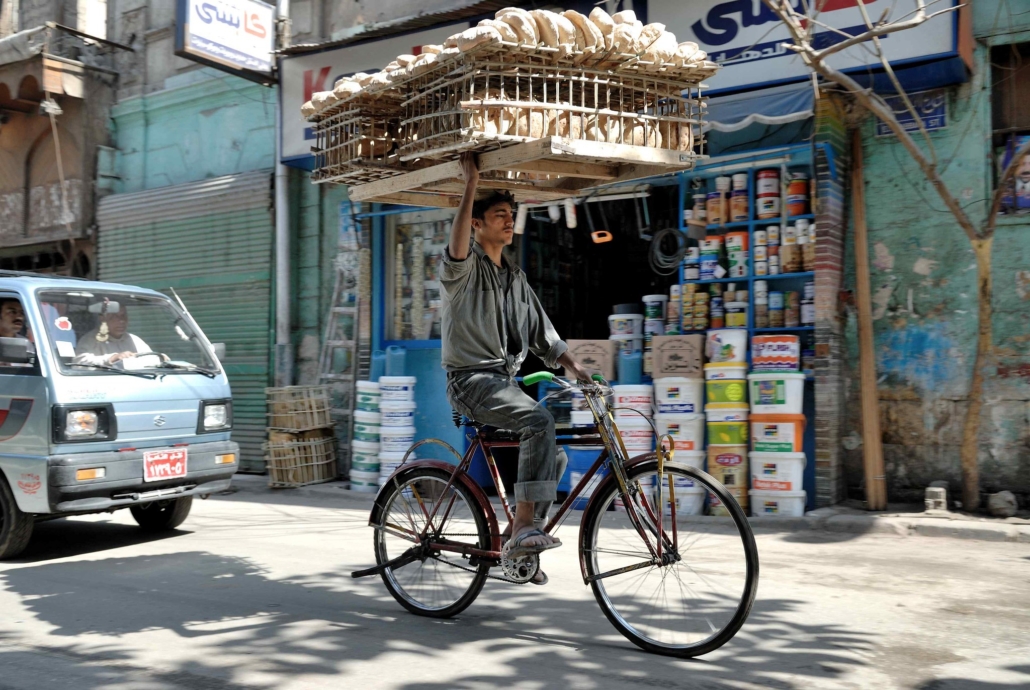 Russia’s invasion of Ukraine in February 2022 unleashed numerous consequences on the global economy, the domino effect of some of them still playing out. The increase in fuel prices in the wake of the invasion has received much media attention. However, a more overlooked consequence of the disruption of exports from both Russia and Ukraine is the detrimental effect on global food security, causing a global wheat shortage. The food crisis in Egypt has been a particular challenge.

In 2019, Russia was the largest exporter of wheat in the world. According to the Observatory of Economic Complexity, Russia and Ukraine together produced 25.4% of global wheat exports. In addition to wheat, the Russian and Ukrainian markets are vital global sources for other essential food items such as corn, sugar and oil. According to the U.S. Department of Agriculture’s monthly World Agricultural Supply and Demand Estimates (WASDE) report, the invasion could reduce wheat exports from Russia and Ukraine by 12%.

“Exports are lowered for Ukraine by four million tonnes to 20 million, as the conflict in that country is expected to disrupt exports from the Black Sea region,” according to the World Agricultural Supply and Demand Estimates report.

Global food prices had been already steadily inflating since the beginning of the pandemic due to disruptions to supply chains. The sudden blacklisting of Russian exports and the disruption of the Ukrainian economy have spiked this inflation in recent months, with the stock market value of global agricultural commodities sharply increasing. This sudden wheat shortage in an already inflated economy is beginning to detrimentally affect food security in many developing countries reliant on Russian and Ukraine exports, such as Egypt, Sudan and Kenya.

Egypt, where bread is a staple food with almost every meal, is the world’s largest importer of wheat, spending $5.2 billion in 2020. In 2021, 80% of Egyptian wheat imports came from Russia and Ukraine. The war between the two countries has therefore had a massive effect on the Egyptian economy and food security. The price of wheat has increased by 44%, compounding the price hike to the subsidized cost of bread the government had announced only weeks prior to the start of the conflict.

The subsidizing of bread costs has long been an economic staple of successive Egyptian governments, and its price increase represents an existential shift for Egyptians, resulting in a food crisis in Egypt.

“Keeping bread affordable to the poor has for 60 years been something of an informal social contract between citizens and the political authority,” said Egyptian sociologist Ammar Ali Hassan. “The symbolism associated with the loaf of bread goes well beyond it being just a consumer item. In reality, it defines the bond between people and the state.” Indeed, many analysts point to the rising cost of food, particularly bread, as the breaking factor that sparked the Egyptian revolution of 2011. Therefore, the question of food security is also one of political security for both the Egyptian people and the government – and the global wheat shortage is pushing it into the forefront of Egyptian policy in 2022.

In the aftermath of the invasion, Prime Minister Mostafa Madbouly stated that the government will go ahead with the price raise despite the global wheat shortage’s impact on imports. Madbouly pointed to the five-month worth of strategic wheat reserves as a stopgap measure. However, with the conflict not deescalating since it began, the Egyptian government is beginning to explore new alternatives to, in the short term, brave this global wheat shortage, and in the long term, lessen this dependence on food imports.

The Path to Self Sufficiency

On March 28, the Minister of Agriculture Ali Moselhi announced that the Egyptian government will seek to procure 6 million tonnes of wheat from local farmers during the upcoming wheat season between April and June, offering incentives to sell to the government rather than to the private sector. However, resolving challenges to wheat self-sufficiency in Egypt is not possible overnight.

The main challenge for the domestic agricultural industry to meet Egyptian demand and counter the current global wheat shortage is water scarcity. According to the Ministry of Water Resources and Irrigation, 97% of Egypt’s water is sourced from the Nile at 54 billion cubic meters, well below the 114 billion annual demand of the country’s fast-growing population of 100 million.

Therefore, for Egypt to be able to develop the means to domestically produce wheat for its population, it must address its long-standing water scarcity issue – and it is here where international efforts and expertise can aid Egypt in its endeavor to combat food insecurity and poverty. “The water issue is a pivotal issue in the field of achieving sustainable development, which requires increased cooperation and exchange of experiences between different countries of the world in the field of water,” said Egyptian Minister of Water Resources and Irrigation Mohamed Abdel Atti.

The World Food Program (WFP) and the Food Crisis in Egypt

One existing avenue to aid in alleviating the food crisis in Egypt is through the United Nations World Food Program (WFP). Operating in Egypt since 1968, “the U.N. agency’s operations in Egypt are designed to respond to the country’s long-term food and nutrition insecurity.” In recent years, it has been collaborating with the Sisi government in achieving Egypt Vision 2030, a 10-pillar strategy toward sustainable political, economic and social development. Food security is to be a crucial factor to achieve in this 2030 vision and the WFP in Egypt currently collaborates with the Egyptian government to strengthen these public institutions.

First, the COVID-19 pandemic and now the sudden events in Ukraine have shown that developing countries cannot rely on supply chains for crucial commodities such as basic foodstuffs. In fact, this has long been an issue exacerbating world poverty and food insecurity even before the pandemic. While the Russian invasion of Ukraine has exacerbated food shortages around the world, it also presents an opportunity for countries long reliant on food imports to develop sustainable domestic resources to build new self-sufficient agricultural infrastructure and economic systems.

The United States and other global leaders in the international community must also seize this opportunity, providing financial aid and expertise to nation-building projects such as Egypt Vision 2030. In the short term, the immediate expansion of WFP operations in Egypt and other countries it operates in detrimentally by the Ukrainian conflict can allow these countries to set off on the path of food security while also mitigating the short term poverty and hunger the global wheat shortage could cause in 2022.