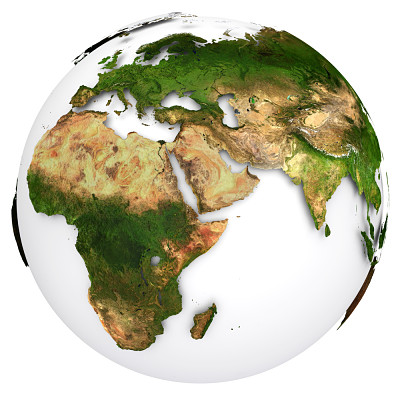 Approximately 1 billion people worldwide live in hunger, despite the fact that there is enough food on the planet to feed all 7 billion of the world’s living humans. Here are five world hunger solutions:

Probably the most obvious of the five solutions, the most immediate, if not the most sustainable, way to end hunger is to put food directly in the hands of those who are hungry. Feeding programs and efficient food aid donations have proven to be an extremely effective way of doing so.

Getting food to the hungry until they are able to produce it themselves is not a matter of implementing feeding programs and donating food – it’s about making the programs that already exist more effective. For instance, the Food for Peace Reform Act of 2014 that was introduced in Congress on June 3 strives to greatly increase the economic effectiveness of U.S. food aid by ending requirements that food aid must be purchased domestically rather than locally, a requirement that significantly drives up the price of food.

By turning a careful eye to the programs that are in place today and making slight reforms to them where necessary, it is possible to feed millions more people around the world.

Providing all school-aged children with a proper education is one of the most effective ways of ensuring that they don’t face hunger as adults. By providing kids with the knowledge and skills to procure jobs, education prepares them to be self-sufficient in the real world.

It’s important, though, to make sure that children are fed while they’re in school. Not only does this encourage them (especially those children who do not receive enough to eat at home) to come to school, but it also increases their focus and improves their performance while they’re in the classroom.

Implementing sustainable, practical and dependable agriculture is a three-fold task: international aid organizations must work with farmers and communities to promote vegetarian diets, embrace GMOs and adopt urban farming practices. Only by accomplishing each of these tasks will hungry communities be able to produce enough food to sustain themselves in the immediate future.

Why vegetarian? It can be a hard sell, it’s true – especially in places where meat is already a large portion of the local cuisine or plays a role in a cultural tradition. While we certainly don’t want to interfere in local cultures, reducing the global demand for meat is an important step toward making more food available for the hungry. It is estimated that for every 100 calories fed to a cow, a human will reap only 2.5 calories from eating its beef. Calorically, raising livestock for the sole purpose of eventually consuming them is extremely expensive. By decreasing the size of the meat industry, we could simultaneously decrease worldwide hunger.

Genetically-modified organisms, or GMOs, are another controversial topic. GMOs indisputably play a large role in helping the hungry, especially in nations where meteorological events are wreaking havoc on the agricultural yield. Some GMOs are specifically modified to be more resistant to droughts or floods than are conventional organisms, making them especially hardy in tropical and arid regions of the world. Planting GMOs in nations with extreme climates makes their populations less vulnerable to hunger. Better yet, many GMOs are nutritionally-enriched.

Urban farming has also captured headlines recently, but is usually cast in a positive light. That’s because the practice makes efficient use of urban space that is often overlooked and underused. Poverty is becoming an increasingly-urbanized affliction, with over 28 percent of poverty worldwide occurring in cities. In Asia, a staggering 50 percent of the impoverished live in urban areas. In order to get food into urban areas, it’s time we start producing food in urban areas. Urban farming is the answer to increasing food security in cities. It’s already proven to be extremely effective at reducing hunger for those living in Indian slums.

These agricultural adaptations certainly won’t come easy in many parts of the world, but implementing these changes even over a period of time is sure to yield major results.

Despite making up more than half of the world’s population, women often exercise less agency when it comes to decision-making and have less access to resources such as education than do their male counterparts. These inequalities are just part of the reason why women experience hunger at higher rates than men do. Ironically, it’s women who do most of the world’s agricultural work. In Africa, 80 percent of farm workers are women; unfortunately, though they work with food all day, many of them don’t have enough of their own to keep themselves and their families well-nourished.

Investing in these women, however, is an unexpected way of bringing world hunger to an end. Typically, food goes farther in the hands of women than in the hands of men – it is more likely to nourish more members of the family, especially children. In regards to children, pregnant women are particularly in need of adequate nutrients – healthy mothers bear healthy kids.

Giving a woman food and the power to afford and obtain her own food in the future is the best way of ensuring that she and her family do not suffer from hunger. In Brazil, children are 20 percent more likely to survive to adulthood when their mothers control the family’s income. It’s time to invest in women – investing in them is investing in ending hunger.

Another way the U.S. can invest in women is by making contraception affordable, accessible and understandable to them worldwide. Globally, we’re facing a crisis of overpopulation, and more mouths are more difficult to feed. Lowering worldwide fertility rates is a key part of solving hunger.

Babies are particularly vulnerable to disease and infection, and hunger and malnutrition only exaggerate that weakness. By giving babies a healthy, well-nourished start to life, we give them a greater chance at making it to adulthood.

How does this end world hunger? Healthy children can attend school, grow up to find employment and make better lives for their own children. A healthy populace begins at birth.

World hunger isn’t going to end tomorrow. But by understanding some of the tactics we can use to end it, we might sooner bring about a world where everyone is well-fed, healthy and happy.