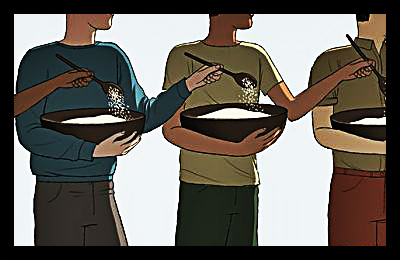 Public opinion about U.S. foreign assistance has remained unchanged for many decades. It is still not unusual for people to choose foreign aid when it comes to deciding where to cut funding to reduce the national deficit.

Despite the limited amount of foreign aid, and the fact that it is always in danger of being cut further, there are several ways in which we can make our foreign aid dollars count. Here are 10 ways to make every foreign aid dollar count; some of which are already being put in practice.

1. Engage recipients of foreign aid as part of the solution.

Instead of treating people in foreign countries as “passive recipients” of money and food, it has been demonstrated that it is much more productive to include them in the process of formulating and implementing poverty reduction initiatives.

2. Transfer some of the responsibilities to local authorities.

Following up with the previous point, another way of engaging with aid recipients is to delegate some of the work to local authorities. Involving local authorities in the design and implementation of aid policies promises to create better results.

Putting to work the many tools available is crucial for gathering data and monitoring the achievements of each aid program. For instance, the State Department launched a website called “dashboard” where all foreign aid programs can be monitored.

4. Create new partnerships and strengthen existing ones with private businesses.

5. No private without public.

At the same time, it is imperative not to deviate too much from public funding sources. In the last decade there has been a growing notion that private organizations can gather enough funding for foreign aid. However, according to Paul Farmer, no intervention can be brought to a scale large enough to make a difference without some input from the state.

This is another tool to determine what really works and what does not. More importantly, it is a means to disaggregate politically motivated foreign programs from the ones that would create a real impact on poverty alleviation.

Creating an integral database for foreign aid helps identify redundant programs, eliminating waste. In addition, it is an effective way to determine goal-based foreign assistance and monitor the achievements accordingly.

8. Move away from one-size-fits all policies.

In countries with relatively stable governments, it makes sense to implement programs that rely on “country ownership” and more “participatory processes.” However, this might not be possible in countries with governance and corruption issues.

This way both donors and recipients can be held more accountable for specific achievements. This will require moving away from generalized goals toward specifying the particular quality and scope for each program.

10. Reassess the way in which foreign aid is allocated based on risk factors.

This last point speaks directly to reassessing expectation. It is important to be realistic when it comes to foreign assistance. Under the best circumstances, there are still many factors that can hinder the progress made in poverty reduction programs. However, studying the risk involved in each case specifically can be a way to improve the chances of success.

There is no single answer to development and poverty alleviation. Foreign aid can be a lengthy and risky business. But using the tools at our disposal and learning from past experience is still a good way to achieve a growing number of successes.