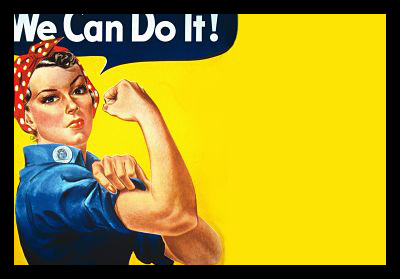 Despite enormous strides made toward gender equality, the world today is still riddled with gender disparities. Below are a list of five reasons why fighting for women’s rights is so important, and why it’s still an ongoing battle.

1. Workplace Inequalities Around the World…Including the United States

For most Americans, it isn’t a secret that women still face extreme disadvantages in the workplace. Despite putting in equally long hours and given identical responsibilities as their male counterparts, women still only make 77 cents for every man’s dollar in the United States, and it’s even worse in other countries. Not only do women make less, but their responsibilities at home are often more rigorous; according to Harvard studies, men still put in a significantly less amount of time in household chores as their female partners.

In some countries, where population control laws were put into a much stricter affect, gender ratio disparities are skyrocketing. A favorable push of male-to-female in these countries has resulted in unbalanced gender ratio problems, where some female babies can be killed or left abandoned. In China, the gender ratio of male to female was 108:100 based on a 2013 data consensus; in India, it was 107:100.

According to a statement made by U.N. Secretary-General Ban Ki-moon in 2008, one in every three women is likely to be “beaten, coerced into sex or otherwise abused in her lifetime.” In fact, violence against women is so common in developing countries that oftentimes it doesn’t even make the news cycle. And while many countries fail to protect their rape victims, other countries such as Morocco and Saudi Arabia have much stricter punishments. Rape victims in these countries can be charged with crimes for being “alone with an unrelated man, or for getting pregnant afterwards,” only further perpetuating the damaging notion of rape culture.

According to UNICEF, more than one-third of women between the ages of 20 and 24 were married before they turned 18, which is considered below the minimum age for marriage in most countries. Nevertheless, these child brides risk greater chances of giving birth at earlier ages and suffer from risks of complications in childbirth and a greater chance of contracting HIV/AIDS. Courts do little to help the problem; in Yemen, it is against the law for a woman to leave the house without her husband’s permission. This results in a high percentage of women, who are afraid of the legal ramifications, to stay in abusive relationships.

Women currently make up two-thirds of the world’s illiterate adults. Whether they are kept from school in order to keep up with household chores or their father deems it time for them to marry, women are consistently being denied their right to education; a right hardly ever denied to their male counterparts. While numerous studies have been proven to show that educating women is key to eliminating poverty and aiding development, the gender gap in education in many of these developing countries is only continuing to increase.