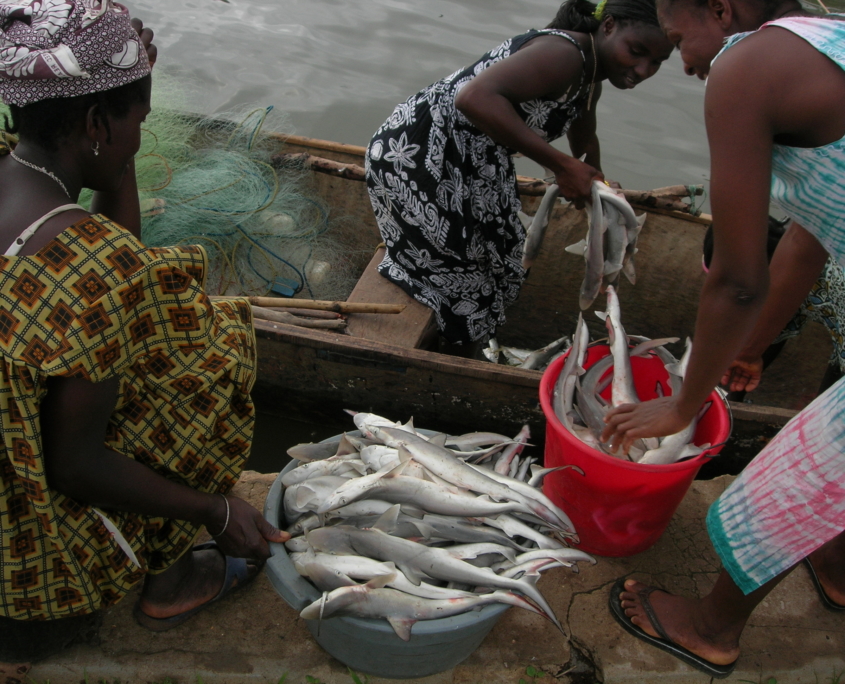 Aquaculture is a unique practice comprising the farming of aquatic animals and plants to produce food and assist endangered species. Aquaculture is currently the fastest-growing tool of global food production. It creates job opportunities for Asian women and releases fewer carbon emissions than beef and pork agriculture. Aquaculture is viewed as a sustainable solution to the overexploitation of fish species such as tuna, which are overfished for human consumption. However, in an effort to meet the rapidly growing demand for seafood around the world, the current system of aquaculture is actually decreasing The Gambia’s food security. Since feeding farmed fish leads to overexploitation of different, smaller fish species, the solution to fixing fishmeal factories in The Gambia is underway.

Fishmeal Factories in The Gambia

Fishmeal is a protein-rich fish, farmed for human consumption. About 25% of all wild fish that people catch globally ends up as fishmeal. Bonga and sardinella fish, herbaceous species that Africans depend on for 50%-70% of their protein, are the primary constituents of fishmeal. Foreign-owned fishmeal factories in The Gambia capture large quantities of bonga and sardinella fish to cook and ground into the coarse golden powder known as fishmeal.

China is currently the world’s largest producer of farmed fish, supplying the U.S. with the majority of its seafood. Over 50 foreign-owned fishmeal factories currently exist along Africa’s coast in The Gambia, Mauritania, Senegal and Guinea Bissau. China owns the vast majority of these factories. One factory alone can produce an average of 600,000 kg of fishmeal per day, requiring 7,500 tons of fish per year.

The United States, Asia, China and Europe all import fishmeal from The Gambia. This high reliance on trade hurts the locals, who depend on this fish as a source of food and income. As a result, some have called the industry’s fish-in, fish-out ratio (FIFO) – the total weight of forage fish compared to the total produced mass of farmed fish – unsustainable.

Effect on Food Security and Livelihoods

Fishmeal factories in The Gambia are developing a monopoly on bonga and sardinella fish. Local fishermen are unable to compete with commercial fishing vessels and therefore return to shore with fewer and fewer catches. The women who buy fish to dry and sell are likewise receiving less supply. Younger fishermen have also refused to sell women their product, as fishmeal factories can pay in advice and buy fish in bulk.

Fishmeal factories in The Gambia are taking away the food security of African fish traders. Moreover, herbaceous fish support incredible biodiversity. With over-fishing, extinction can destabilize the entire marine ecosystem. Populations of larger fish species, in which Gambians also depend for sustenance, may then begin to collapse as well. As aquaculture businesses in developed nations are destabilizing The Gambia’s food security, they simultaneously profit from overexploitation.

The Gambia’s tourism industry accounts for the majority of its employment opportunities and foreign exchange profit. Water pollution, smoke emissions and the acrid stench of rotting meat which the fishmeal factories in The Gambia emit are already affecting the industry. Coastal areas in The Gambia tend to attract tourists with recreational activities and ecotourism. Overfishing can decrease the biodiversity of Africa’s marine environment, specifically regarding bird and plant life. Golden Lead, a Chinese fish-processing plant, has already caused the extinction of a Gambian wildlife reserve.

Yet, fishmeal factories in The Gambia continue to install waste pipes that pollute African waters. Aquaculture’s goal was to offer a more sustainable alternative to marine fishing in the hopes that this practice would meet the growing demand for fish while allowing overexploited fish populations to replenish themselves. However, these effects are currently happening at the expense of Africa’s marine ecosystem, food security and the locals’ livelihood.

Researchers have identified multiple alternatives to fishmeal factories in The Gambia. Their goal is to make aquaculture truly sustainable. Without these solutions, cassava waste, soldier-fly larvae, viruses and bacteria proteins will become the norm.

Algae-based aquafeeds in particular are very promising alternatives. With a high feed conversion ratio and the feeding of algae to tilapia and salmon, this solution can have promising results. Multiple companies have made breakthroughs in algae-based aquafeeds in recent years and the cost comparison to fishmeal is improving. Aquaculture can become a sustainable method of seafood production if it adopts algae-based feeds.