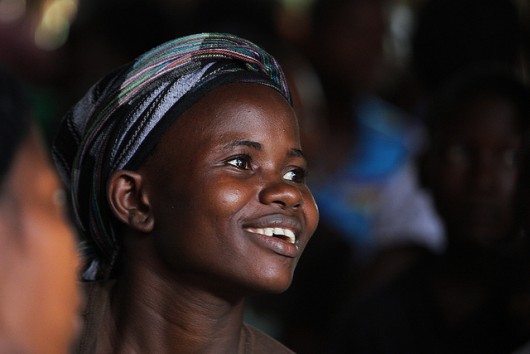 As leaders in Africa packed up their bags at the conclusion of the first-ever Next Einstein Forum Global Gathering in Dakar, Senegal, there was new hope for the future of science and technology in the region.

The event, which was held from March 8-10, addressed various topics pertinent to the state of African science and technology research, such as gender disparity and the need for more advanced education. These issues brought commentary from local leaders to the Secretary-General of the United Nations, Ban Ki-moon.

The Next Einstein Forum (NEF) was created in 2013 but this year marked the first global gathering, which was focused on promoting “a vibrant and cohesive scientific community.” The focus is on Africa in particular because it believes that the “next Einstein will be African.”

Panelists focused on the mobilization of the science, technology, engineering and mathematics (STEM) sector of Africa. Secretary-General Ban Ki-moon showed his support for STEM research as a weapon against poverty when he said, “Science is a force multiplier for advancing progress across all the Sustainable Development Goals.” The Next Einstein Forum supports a number of the Sustainable Development Goals proposed by the United Nations by inspiring change in a continent with the capability to grow rapidly.

However, this growth has been stunted by the need to outsource STEM-based jobs worth almost $4 billion a year. PR Newswire reported that this yearly sum accounts for about 35 percent of the continent’s aid. This expense could easily be reduced with the emergence of STEM-educated Africans that could keep the jobs local.

The 2016 NEF also focused on the barriers African women interested in jobs in the STEM sector face. Many speakers supported the removal of the gender disparity in the industry as a solution to the lack of innovators.

The panel leading the fight, named “Driving the Agenda for African Women in STEM,” featured prominent female scientists such as France Cordova, the director of the U.S. National Science Foundation, and Naledi Pandor, South Africa’s Minister of Science and Technology. But they weren’t alone, as women made up about 40 percent of the NEF Fellows class.

In a culture described as “less progressive than most,” this number shows the group’s recent success in combating the gender gap in employment.

With the 2016 event over, the forum looks forward to its next meeting in Kigali, Rwanda in 2018. Supporters of the cause can still take action now, though, by signing the I Am Einstein petition and staying connected through the forum’s Twitter page with daily updates.

With its international backing and optimistic outlook, the Next Einstein Forum has inspired a new generation of African STEM students. By advancing education and providing more opportunities for growth, it has put itself in a good position to fight poverty in the region.