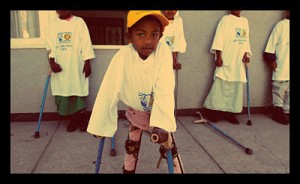 The campaign to end polio is the largest and most successful disease-eradication effort the world has ever seen. In 1988, 350,000 people died from polio every year. That number dwindled to 250 last year. With an estimated five years left to eliminate polio completely, the battle is almost over.

In the Middle East, however, it has one massive obstacle left: deep, ingrained mistrust. During the search for Osama bin Laden, the CIA freely used vaccination campaigns as guises for gathering intelligence. As recently as last year, the agency paid a local doctor, under the ruse of vaccination, to collect DNA samples to identify members of Osama’s family—an act of treason for which that doctor now faces a 33-year jail sentence. Many Middle Eastern families, enraged with American covert operations, still believe the campaigns are ploys to mark areas for drone strikes or air raids. For many, the stigma of polio vaccination is greater than any perceived benefit.

In Pakistan, one of the last three countries on earth with circulating strains of polio (the other two are Afghanistan and Nigeria), many children still die every year because of the disease—and it permanently cripples hundreds more. In rural parts of Pakistan, polio eradication efforts often meet violent resistance due to fear and hatred of Western influence. A staggering 300,000 children still live in areas too dangerous for vaccinators to travel. Yet a new political development has given polio fighters in Pakistan new hope: the neighboring country of India just announced the end of polio within its borders.

To Pakistanis, whose rivalry with Indians has deep cultural roots, the humiliation of lagging behind is insufferable. Soon after India declared itself polio-free, the Pakistani government formed an executive polio committee, doubled vaccinator’s pay, launched a massive awareness campaign, and induced religious leaders to support polio eradication. Bill Gates, one of the leading figures in polio resistance, unhesitatingly calls the Pakistan-India rivalry “our biggest asset” for ending polio in Pakistan.

Many groups continue to resist vaccination, of course. In parts of Pakistan under Taliban influence, vaccination teams often travel with armed escorts to protect themselves from a lethal attacks. Some carry around bags of rupees, bribing locals to accept treatment.

Yet even militant opposition to the anti-polio effort is waning. The Taliban in Afghanistan, for example, recently announced that it supports polio eradication programs and encourages people to seek treatment. Although it still does not tolerate foreign workers, the group promises to work with local health workers and “lend a hand to all those programs which work for the health care of the helpless people of our country.”

Aziz Memon, the head of the Rotary Club’s polio eradication program in Pakistan, celebrates the good work being done to end polio in his country. According to him, the only way to undermine doubt and encourage participation is slow, careful work. The final step in ending polio is overcoming mistrust—which, in other words, is overcoming fear with compassion. “We can’t twist arms,” he says. “We want to win them over with love and affection.”