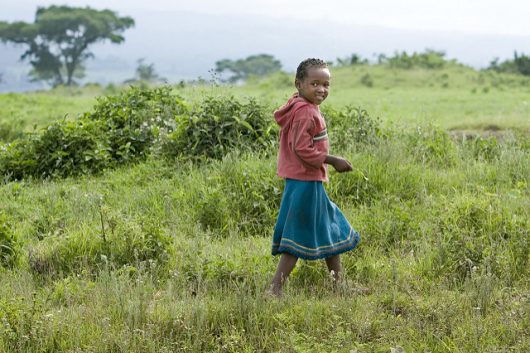 Thanks to multilateral partnerships between nonprofit organizations, intergovernmental organizations and governments around the world, extreme poverty has gone down by 50 percent since 1990. Here is a list of influential organizations that are working to better the lives of the world’s poor. This list is not exhaustive, and is merely a sample of some of the exemplary organizations doing work in problem areas such as global health, water, sanitation, food, housing and education.

Oxfam is currently fighting poverty in developing countries by taking on issues of inequality, discrimination and unequal access to resources. It provides assistance during humanitarian crises. Also, it is very involved in educating the world’s poor about human rights and civic engagement to change the root causes of poverty at the political level.

Founded on the belief that all people should have a chance to live with dignity, opportunity and safety. The UNDP helps countries develop policies that lead to sustainable development, democratic governance, peace building, climate and disaster resilience. The UNDP is a giant agency that delegates country-specific activities and programs through its Resident Coordinator System (RCS) that has offices in 130 countries. The organization’s highest goal is to implement the Sustainable Development Goals in all countries of operation.

United Nations Office for the Coordination of Humanitarian Affairs (UNOCHA)

The U.N. DESA creates and analyzes data pertaining to the economic and social aspects of sustainable development. U.N. member states draw from these when creating U.N. resolutions as well as drafting local policy plans in their home countries. The U.N. DESA’s in-depth policy analysis has helped to resolve many of the world’s most pressing socioeconomic issues.

The Borgen Project is an influential U.S. nonprofit fighting poverty in developing countries through civic engagement and education. The organization believes that developed countries have a moral obligation to help the world’s poor. The organization advocates on Capitol Hill for poverty reduction legislation, increasing the international affairs budget and making poverty reduction a primary focus of U.S. foreign policy.

ODI is an independent think tank that researches a myriad of topics from climate and energy to poverty and inequality. The Institute’s goal is to facilitate international development by providing policy advice, consultancy services and training programs to fight poverty.

Concern Worldwide is a phenomenal non-government organization that is fighting poverty in developing countries by providing lifesaving humanitarian aid. This aid is primarily focused on elevating world hunger, increasing world health and responding to emergencies and natural disasters.

The Hunger Project recognizes that poverty is sexist. Two-thirds of the world’s illiterate population are female and 60 percent of HIV/AIDS cases today affect women. The Hunger Project believes that empowering women is essential to ending world hunger and poverty. It fights for clean drinking water, nutrition and sanitation as well as economic growth.

The BMGF has been instrumental in saving the lives of 122 million children since 1990 largely through its efforts to increase access to health care and vaccinations, which have all but eradicated polio and halved rates of malaria and tuberculosis around the world.

The World Bank Group funds development projects around the world through traditional loans, interest-free credits and grants. The World Bank Group also produces some of the world’s leading research and publications concerning development policies and programs. It offers policy advice, analysis and technical assistance to developing countries throughout the project application process as well.

The Earth Institute, directed by Jeffrey Sachs, is part of New York University. The institute is comprised of two dozen research facilities in the fields of Earth and climate science, public health, economics, law, business and public policy all focused on the future sustainability of our planet. It applies its research to developing policies and solutions to the world’s problems, especially sustainable development and the alleviation of poverty.

The Red Cross in an international NGO that provides urgent assistance to those affected by disaster through vaccination campaigns, disaster preparedness, reconnecting families separated by conflict and natural disasters.

EWB is fighting poverty in developing countries by providing real-world engineering solutions to tough problems all over the world. Whether that be through increasing access to clean drinking water in rural communities or building roads and dams, EWB is committed to community-driven development by working alongside community members throughout the project.

There are thousands of other organizations that are also working to do their part on local to international scales. They are all working to end poverty and increase standards of living in developing countries.