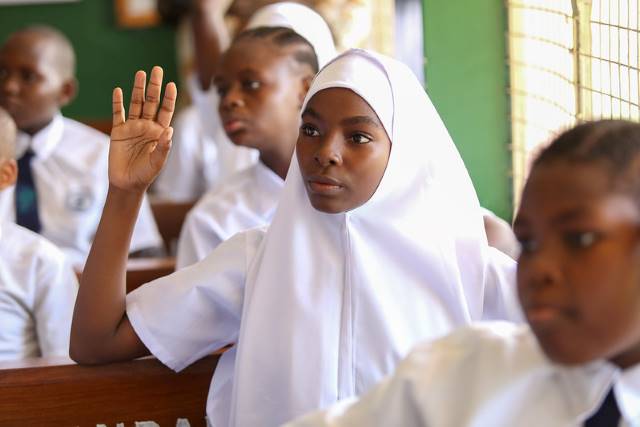 Period poverty, or the inability to access sanitary products for menstruation, remains a problem in many impoverished areas of the world, with millions of women and girls denied access to products and forced to stop attending school during their menstrual cycles. This problem persists in Tanzania, where only 8% of girls finish secondary school and the average menstruating student misses three to four classes during each cycle. Menstruation is a taboo subject in many developing countries, teaching young girls that their cycles are unhealthy, dirty or something to hide and be ashamed of. However, several organizations are fighting period poverty in Tanzania to ensure that all girls receive the sanitary products and education they need to continue school and defeat the stigma around menstruation. UNFPA Tanzania, WomensChoice Industries and Made With Hope are just a handful of the groups working to make sure that period poverty in Tanzania becomes a thing of the past.

UNFPA Tanzania is Educating Both Girls and Boys on Menstruation

The United Nations Population Fund’s (UNFPA) branch in Tanzania has noted the lack of education surrounding menstruation for both men and women. In various places throughout the nation, the organization has noted girls learning that menstruation is shameful and should be hidden (even from other women) or girls are taught nothing about it at all. That is why UNFPA Tanzania has enacted various programs in the country’s Kigoma region to normalize education around menstruation for both sexes. These initiatives include Ujana Wangu Nguvu Yangu (My Youth, My Power), a four-year series of classes that teach Tanzanian adolescents about sexual and reproductive health, including menstruation.

In addition to initiating these programs, UNFPA has taken further steps to ensure that period poverty in Tanzania does not worsen due to the COVID-19 pandemic. It has kept its Adolescent and Youth Centers open with proper social distancing protocols in place so that women and girls in Tanzania still have access to the sanitary products and support they need during their menstrual cycles.

Lucy Odiwa, a Kenyan woman, grew up surrounded by harmful stigma about menstruation. This experience inspired her to establish WomensChoice Industries, which creates reusable sanitary products in order to decrease period poverty in Tanzania and ensure that girls in the region do not grow up in the same way she did.

Many women in rural Tanzania cannot afford sanitary products so Odiwa began selling her Salama pads, which can be reused for up to three years, for Sh5,000 ($2). In addition to the pads, WomensChoice Industries also manufactures tampons, breast pads and diapers for children and adults, all at a low cost so that the products are more accessible to Tanzania’s low-income communities.

And the work does not stop there. Like UNFPA, WomensChoice Industries provides reproductive education to Tanzanian boys and girls. Representatives from the organization travel across the region to reduce the stigma around menstruation and ensure that adolescent girls are aware of their own sexual and reproductive health. The group has reached more than 1.8 million women with its menstrual health programs as well as 1.2 million females with its affordable and reusable sanitary products.

Made With Hope is an organization based in the United Kingdom that focuses on increasing access to education for children in Tanzania, whether by building schools or working to improve schools already established by the government. As girls frequently miss class due to their menstrual cycles, the organization has made it a priority to combat period poverty.

In addition to increasing education surrounding menstruation, Made With Hope has created clean and safe spaces in the girls’ schools it has built so that girls can change their sanitary products safely. It has also helped to create local income-generating programs to manufacture these products. The organization has also worked to spread awareness of period poverty in Tanzania around the United Kingdom, inspiring others to get involved with the issue, even from abroad.