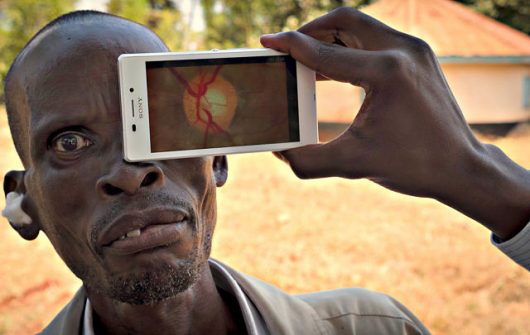 On a global scale, 87 percent of the world’s visually impaired live in developing nations and a full 18 percent live in Africa. For the East African nation of Kenya, this means that almost seven percent of its rural population is blind in at least one eye and another two to five percent will fight with some sort of severe visual impairment. In a nation whose rural constituents account for 73.5 percent of the overall population, such a number is incredibly concerning. Further, the majority of these visual impairments are both preventable and treatable, meaning that these losses of sight are not only widespread but unnecessary.

In fact, in Kenya, 39 percent of all visual impairments are caused by cataracts alone – a medical condition that has been both preventable and treatable for years. Noting the prevalence of cataracts leads to a crucial understanding: so much of these visual impairments are a direct result of inadequate, inaccessible or non-existent options for eye care in Kenya.

For UHEAL eye care in Kenya, such has been an understanding that has driven their business practices. UHEAL’s primary goal is to work against the preventable loss of sight. It does so by focusing specifically on diabetic retinopathy, which is a complication that induces visual impairments and arises about 20 percent of the time in diabetic individuals – a prevalence rate that is so high that on a global scale it is the fifth leading cause of visual impairments.

Diabetic retinopathy is also treatable if it is noted early enough, so UHEAL focuses on screening and then treating rural Kenyans. Though its facilities are based in Nairobi, UHEAL has traveling units that traverse the nation, offering eye examinations, laser treatments and follow-up care. It also works to raise awareness about the specific condition of diabetic retinopathy by educating and training local health workers and diabetic support groups. To date, the organization has provided more than 16,000 individuals with eye-care services.

Considering the current predictions that the number of visual impairments will triple globally by the year 2050 as the world’s population ages, improving eye care will not only be important, but necessary. Seeing as a large portion of visual impairments arises from treatable issues – like cataracts and diabetic retinopathy – it becomes even more essential to improve eye care. In a world as technologically advanced as this current one, addressing treatable visual impairments should be a given. Nobody should suffer from sight loss if it ultimately could have been not only prevented but treated.