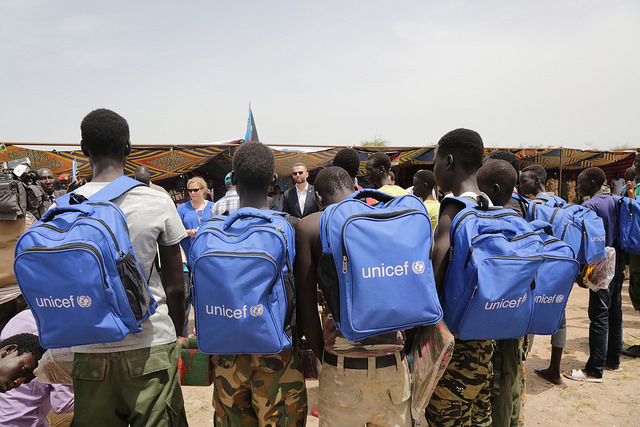 The Convention on the Rights of the Child defines a ‘child’ as a person below the age of eighteen years. Children across the world have been used as soldiers in state and non-state military warfare, including World Wars I and II.

The 1970s saw a rise of humanitarian groups that raised the awareness of protecting children from the onslaughts of war, and it was during this time that the word “child soldier” appeared as an unacceptable condition. Though the 2002 Rome Statute for the International Criminal Court made enlistment of children under fifteen a war-crime, countries with child soldiers have consistently fallen behind in addressing this issue.

The United Nations (U.N.) estimates that, at present, approximately 300,000 children are used as child soldiers in more than 20 countries in the world, and forty percent of these children are girls. According to the U.N.’s 2017 studies, these are some of the countries with child soldiers:

The Fight of International Aid Organizations

Wars, absence of education, poverty, religious/political conditioning and abduction are some of the causes that contribute to this social crime. UNICEF and ILO have been working with government ministries to stop the use of child soldiers by both state and non-state parties. Programs sponsored by UNICEF and various human rights groups aim towards rehabilitation of child soldiers, building community networks, funding and providing education.

Child Soldiers International has been working with local organizations and advocating the protection of children and reintegration of former child soldiers. HRW has been creating information databases on recruitment patterns of a number of agencies in these countries. Though change is slow, the attempt to improve the condition of millions of children in countries with child soldiers remains consistent.