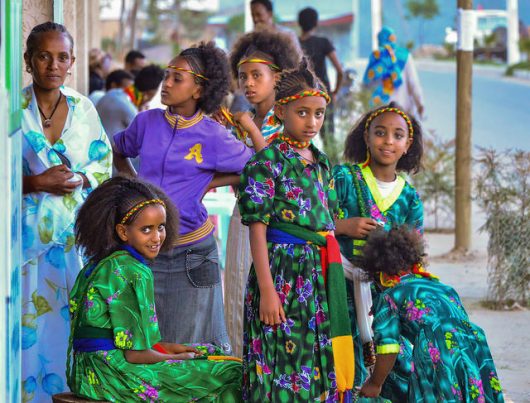 Female Genital Mutilation/Cutting (FGM/C) is a practice that has occurred for generations — a female, often in childhood, is subjected to some form of cutting to her genitalia in the promotion of religious following and the detraction of desire for sexual interaction. Its purpose is to reduce sexual desire in women, thereby making them less likely to be interested in intercourse outside of marriage. It is also highly symbolic to many groups of people who practice it as a religious necessity; however, there is no known religion that demands this practice.

FGM/C and poverty are connected in developing countries as the girls who undergo FGM/C are often from poor families who are then married as children, never continue their education and subsequently repeat the cycle of poverty. Recently, there has been a decline in FGM/C practitioners, which should lead to lower levels of extreme poverty on an individual basis.

Countries such as Burkina Faso, Egypt, Kenya, Liberia and Togo have experienced a decline in FGM/C prevalence, with Egypt reducing prevalence from 69 percent to 55 percent between ages of 2005 and 2014. As the correlation with lower education becomes more well-known, it can be inferred that the decline in FGM/C victims has led to a higher attendance rate for girls at school, which can, in turn, affect the poverty in the region.

The Millennium Development Goals (MDGs), a program designed to create social equality throughout the world, works to end poverty in developing countries. A primary focus of the organization is to work to end FGM/C and poverty because the list of side effects and results of the practice leave women often unable to contribute in their society because they are traumatized, physically incapacitated, unable to maintain strength and nutrition, and in some cases, do not survive the procedure.

When injuries or death result, the cost of caring for these women or paying for their funeral causes strain on family members and communities. Such a responsibility can, in turn, increase the poverty issues already at play. Disability due to the trauma from FGM/C can also lead to a woman’s decreased productivity level, thereby bringing in less money for the family and continuing the cycle of poverty.

The Beginning of the End

The decline of the practice is increasing in developing countries, with more people wanting FGM/C to end. In 2010, a Burkina Faso survey determined that 90.6 percent of women wanted FGM/C to end, a staggering increase from 75.1 percent in 1999. With such a trend beginning, countries should encourage education, discourage FGM/C and lower the poverty levels by introducing a new way of thinking.

FGM/C and poverty are both declining, but it can be agreed that the decline is not occurring quickly enough. More must be done to protect young girls from the sexual alterations that are often completed without consent.

By not cutting into perfectly healthy and innocent girls, developing nations can promote a stronger and healthier workforce. FGM/C and poverty are connected, and one cannot be reduced in isolation — it is imperative that both be tackled to end the other.

The Growing Markets in Lagos, Nigeria Education for Disabled Children in Lebanon
Scroll to top