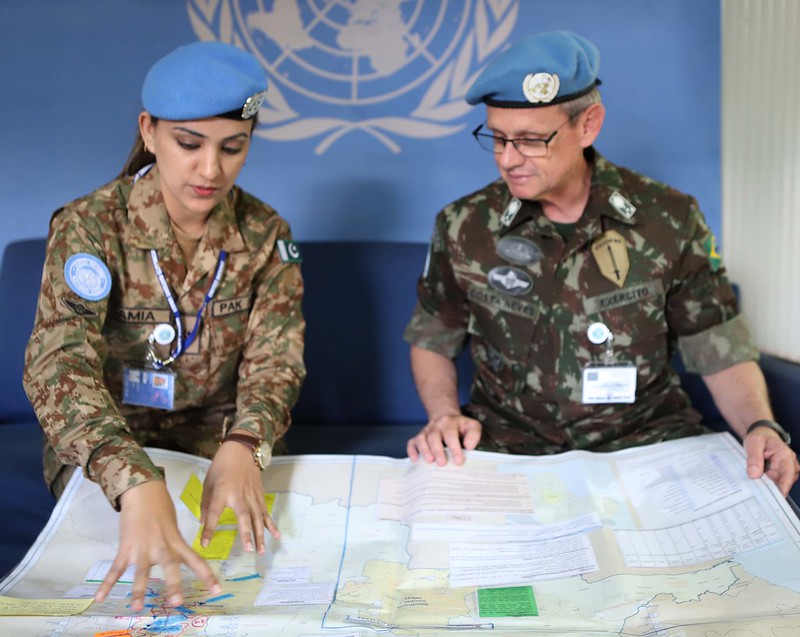 Major social change starts with a shift in mentality, support from the top, persistence and structure. That is why male allies are key to the full realization of the United Nations Security Council Resolution 1325. Without support and encouragement from male leaders, which are often lacking, women will be harder pressed to participate in important political decisions. Women cannot make this change on their own, and neither can men– thus, the solution lies in working together, with men as partners.

UNSCR 1325 is a landmark resolution that was adopted by a unanimous vote on October 31, 2000. The resolution stresses the importance of female peacekeepers in the prevention and resolution of conflicts, the humanitarian response in war zones or impoverished areas, peace negotiations, and post-conflict civil reconstruction. This resolution brings to light the urgency of providing women a seat at the political table and calls on everyone to protect women and girls from gender-based violence.

The Positive Effects of Female Leadership

Women’s leadership is essential in ensuring long-lasting peace and conflict resolution. In fact, studies show that the probability of a peace agreement lasting 15 years goes up by 35% when women participate in its creation. Additionally, there are more agreement provisions for political reform and gender provisions in peace agreements signed by women. Typical peace agreements often do not address gender equality: in fact, of the 1,789 agreements made between 1990 and 2018, only 353 included provisions that address women, girls, or gender whatsoever. Thus, women’s involvement in these agreements could be crucial in addressing more social and gender inequalities.

Women are vital in peacekeeping. They are necessary in every role, from monitoring human rights to political reconciliation to operational analysis. Women are often first responders during or after conflict and are fundamental in helping to repair devastated economies. Why, then, are they still not totally equal when it comes to political roles in maintaining peace and security? How can this problem be resolved?

The Importance of Men as Partners

One important strategy is to mobilize men. Men acting as partners to women in issues of peace, conflict, reconciliation, and post-conflict reconstruction is essential to closing this gender gap, as men currently have more seats at the political table. Our Secure Future, a nonprofit dedicated to this strategy, is taking the necessary steps to build this partnership in an effort to fully realize the potential of UNSCR 1325.  Their project, Mobilizing Men as Partners for Women, Peace and Security, began in 2018 in the U.N. Commission on the Status of Women. It engages global figures who agree that men must be a part of the solution in the full realization of the 1325 agenda. The project has drafted a Charter and call to action to encourage the full implementation of UNSCR 1325, along with the US Women, Peace and Security Act of 2017. This partnership of men and women will help ensure that women are equally engaged as leaders, planners, and peacekeepers in post-conflict societies.

There is still much work to be done, but the increasing trend of male support for UNSCR 1325 is certainly a step in the right direction. Tackling big issues like gender-based violence and post-conflict reconstruction are not easy feats. They require strong leaders and peacekeepers. They also require both male and female perspectives for optimal success, so conflict-ridden societies cannot prosper until the political playing field is as equal as possible.