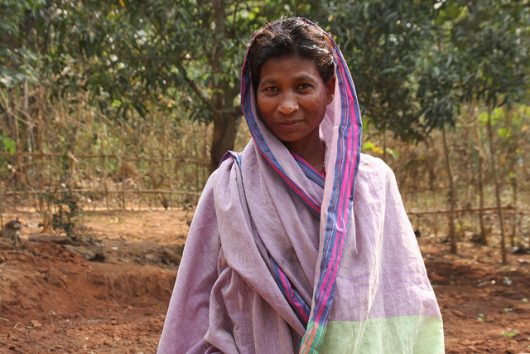 The nonprofit organization Landesa is taking an important step in the battle against global poverty. Its goal is to increase female land rights in rural areas.

Though women make up about 43 percent of the agricultural labor force in the poorest regions of the world, they are often denied rights to own, control or inherit land. The lack of land rights can cause difficulties for women living in poverty who are “dispossessed,” meaning unmarried, widowed, divorced or disabled. These women are often forced to rely on extended family members for shelter, food and other necessities.

In Odisha, India alone, an estimated 500,000 single and landless women live in rural areas. Without access to land, they have few methods to adequately support themselves or lift themselves out of poverty.

Programs that aim to alleviate poverty by distributing land often fall into the trap of ignoring the ways in which experiences of land ownership and poverty are gendered. Odisha launched a government program called Vasundhara in 2005. The program allocated plots of government land to landless, rural families. However, due to government policies that overlooked the needs of rural, dispossessed women, many women were ineligible for the program.

Landesa, with support from The Bill and Melinda Gates Foundation, is working to rectify these oversights with a new woman-centric program that will help identify women in need through local health workers. They are working to create an inventory of single women in need of government land and social security entitlements. They are then served through Women Support Centers that help them apply for government services.

Over 5,000 dispossessed  women have been the beneficiaries of homestead land, and another 15,000 cases are currently being verified. The land rights project, though relatively new, is experiencing much success and is set to establish female land rights for thousands worldwide.