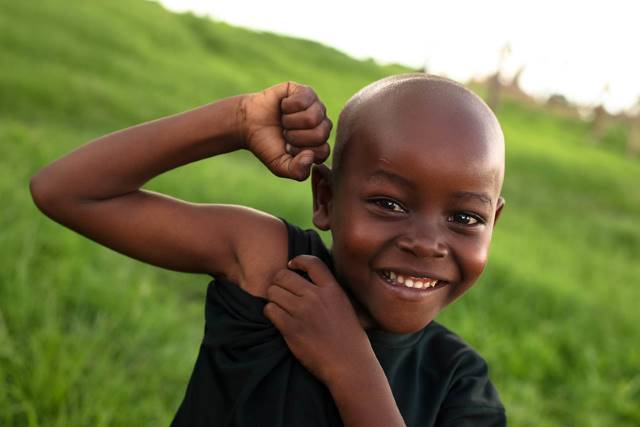 Despite leading the continent in incorporating students into primary and secondary systems of education, East Africa retains acute socio-economic problems. More than 55 million extremely poor people inhabit just the three nations of Uganda, Kenya and Tanzania. This situation cannot improve without addressing poor school attendance by children whose family circumstances customarily pressure them into prioritizing work over education and not obtaining the valuable knowledge and skills that could help them secure higher-paying jobs and bid farewell to poverty. NGOs are working on feeding school children in East Africa to improve attendance rates and simultaneously target issues like hunger and malnutrition.

In Kenya, 92% of those aged between 7 and 14 were receiving education in 2008. A decade later, UNICEF continued to record 1.5 million prospective primary schoolers missing out on learning. In other East African countries, the issue is direr. In Tanzania, from ages 5 to 6, the school attendance rates already drop by nearly 10%.

Nonprofit organizations are actively altering this dynamic. By routinely feeding school pupils, the organizations demonstrate that enrolment in school can also involve getting adequate nutrition. It is a win-win situation as students simultaneously gain important academic and professional insights and receive a much-needed meal. Moreover, this work shows that education may improve one’s living standards not only in the long run but in the short run as well.

This Kenyan organization feeds young students locally sourced meals in the nation’s Kiambu and Nairobi counties at a subsidized rate of $0.15. Having started with only 25 food recipients, it has already served around one million meals, helping children enhance their school attendance and performance in class and in examinations. It hopes to reach out to all the primary school children in Kenya in the future.

In addition to attracting donations and using a mobile app, Tap2Eat, for parents to pay to subsidize their children’s low lunch fee, Food4Education also manages a restaurant in the country’s capital. Some of its revenue is used to fund school lunches and increase the NGO’s output.

The group’s impact remains localized but its recognition suggests that its efforts are sizeable. In June 2020, Wawira Nijru, the Food4Education’s founder, joined the prestigious Ford Global Fellowship Program. As part of this scheme, the United States-based Ford Foundation will invest in the NGO and offer advice to amplify its contribution in Kenya.

Operating in Kenya with a reported budget of $170,000, the organization supplies more than 1,000 schoolchildren in impoverished areas with a mixture of fruits, vegetables, meat and fish. By procuring these products from the local communities, this organization likewise guarantees that the funding utilized in the process stays with the people needing it the most. The organization also distributes clothes and mosquito nets among schoolchildren and helps ensure that they are vaccinated. After all, missing school due to illness is equally a problem in a country, where more than three million people contract malaria each year.

In 2019, it served close to 570,000 school meals, thereby causing an 80% reduction in local infirmary visits by schoolchildren. Between 2017 and 2019, more than 10,000 rural Kenyans received training in nutrition techniques from the group as well.

This Scottish-registered charity is alleviating hunger in Malawi, Uganda and Kenya. In the former, it boasts a network of 80,000 volunteers who serve low-cost meals to as many as 30% of the nation’s primary school students in 20 different districts. In the other two nations combined, as many as 80,000 students are benefitting from school meals. A large proportion of them inhabit areas, such as the Kenyan town of Eldoret, where every second household falls below the poverty line.

Besides relying on volunteers, the group has full-time employees based in the target countries. Their task is to ensure compliance with hygiene standards and food quality by conducting regular school visits and compiling data on pupil and teacher satisfaction.

Based on approximately 4,000 responses collected in 2016, the number of Malawi pupils experiencing hunger during the school day decreased sixfold within fewer than 12 months. A comparable household survey registered a similarly impressive 64% decline in the number of adult respondents believing that their children were hungry at school. Most importantly, many more teachers have stopped describing classroom hunger levels as worrying. Considering that all the relevant parties are recognizing a difference, the NGO’s contribution is certainly worth mentioning.

Feeding school children in East Africa also mitigates malnourishment among the locals and facilitates the process of climbing out of poverty, since, through education, children could acquire the skills to qualify for better-paid jobs and escape reliance on subsistence farming.