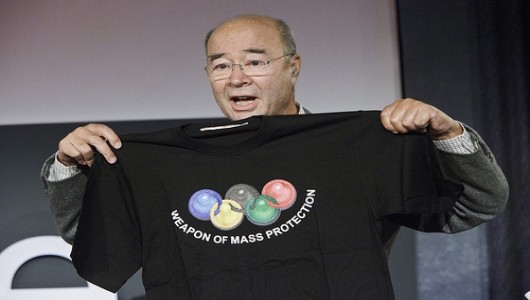 In Thailand in 1974 most families had seven children each, establishing an average growth rate of 3.3 percent. Having upwards of seven children put many women at risk for pregnancy-related deaths and often led to many children being raised in mother-less homes. With such a high growth rate, much of Thailand’s population was quickly descending into poverty as there was not enough money and there were too many mouths to feed.

In order to combat this decline, Mechai Viravaidya decided to start at the root of the issue ⁠— the women who had no control over how many children they would bear. After discussing family planning with several women, they decided that providing a pill was a great option for some women. However, this only covered around 20 percent of the population.

This did not hinder them.

Adapting the Coca-Cola model, Viravaidya and his team sought out well-respected individuals in each community to provide locals with family planning advice and devices, primarily birth control pills and condoms. It was the condom that took off. They were sold at local stores, on floating markets, handed out by the police, given to children in school, handed out in key chains, they were taking the nation by storm.

Soon, the team met some push-back from the religious community, but after talking with leaders, several monks actually blessed the condoms and contraceptives with holy water, thus making them something that everyone could utilize without feeling as if they were sinning. They then went to the military, which helped to advise local populations on the risks of HIV and AIDS, and they handed out condoms at traffic stops. Mechai became Thailand’s own “Mr. Condom.”

They soon went to the schools to educate children on the risks associated with unprotected sex, but they made it enjoyable. The team developed games that promoted family planning initiatives and condom balloon competitions, and in five years trained over 300,000 teachers in family planning methods. This meant that students now had people to talk to should they have any questions, and were thus able to advise their own parents on proper methods of family planning.

By 2000 the average amount of children per family was 1.5 and the growth rate had dropped to 0.5 percent, which meant that there were fewer individuals living in poverty and more children with greater opportunities for education and work in the future.

As the AIDS epidemic hit Thailand, their contraceptive commotion kicked into high gear, they were providing education on safe sex throughout all the villages, targeting high school students who then taught younger students, who then taught their parents. Thanks to the safe-sex brigade, Captain Condom and several other key players, the AIDS rate in Thailand went down by 90 percent, and the World Bank estimates that 7.7 million lives were saved because of this.

Thailand should act as an example for the rest of the world. Currently, sex and contraceptives have such a taboo upon them that several kids are petrified to even ask questions about basic safety precautions. They are afraid of judgment from store clerks and doctors, but if we normalize sex as a part of culture, we allow people to be more open and thus safer. If we take away the taboo associated with sex and perhaps even hand out free condoms and have free consultations with nurses and midwives about pills, we can reduce the rates of teenage pregnancy and STDs in our own nations. Although Thailand is a relatively small nation, it has shown us that small changes can make a huge difference.

Are Drought-Resistant Crops the Solution to World Hunger?Global Fund for Vaccines
Scroll to top