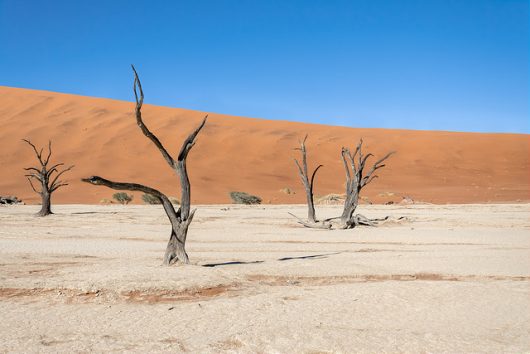 The country of Namibia has been plagued by recurrent droughts, which have left crop production in decline. With the prevalence of HIV/AIDS, the region is affected by a combination of factors such as the environment and lack of medical resources. Efforts by the government to quell the drought have led to improvement and the country has seen an influx of refugees from other nations.

In many cases, refugees enter Namibia in hopes of escaping persecution as well as drought and famine in their respective countries. Namibian refugees seek to find a better opportunity in neighboring countries and the government hopes to successfully combat recurrent droughts.