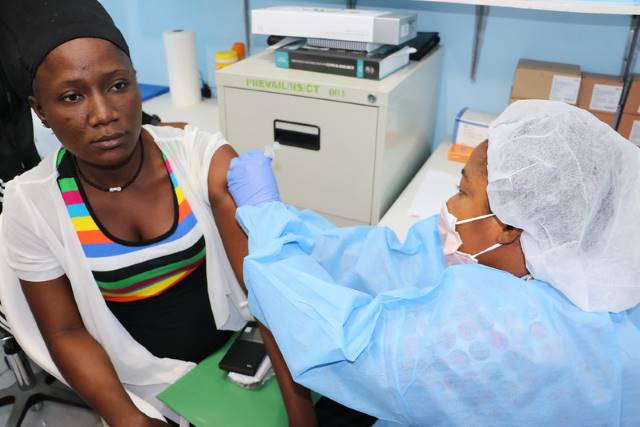 In 2014, an outbreak of Zaire ebolavirus in the West African countries of Guinea, Liberia and Sierra Leone resulted in more than 28,000 cases and 11,000 deaths. Ebola virus disease (EVD) outbreaks were documented since the 1970s. However, the widespread nature of the 2014 epidemic caused global fear. Many countries responded by imposing travel restrictions against West African nations. Fortunately, the U.S. Food and Drug Administration approved the first Ebola vaccine (Ervebo) in December 2019.

10 Facts About the Ervebo Ebola Vaccine

One cannot undo the damage of past outbreaks but the Ervebo Ebola vaccine may be a valuable tool for future Ebola prevention efforts. As the vaccine becomes widely available in future years, the World Health Organization hopes the population of West Africa will achieve herd immunity against the disease, eradicating the spread of EVD. The technology used in the development of the Ebola vaccine will also aid in the quick development of vaccines for future global outbreaks. As the world continues to struggle against COVID-19, the success of Ervebo provides a blueprint for the prevention and mitigation of future epidemics.