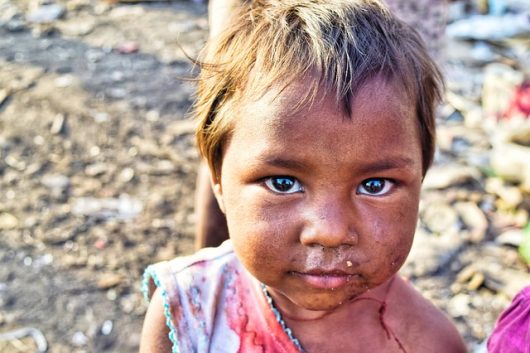 Looking at the World Bank’s records, the proportion of households in developing countries below the extreme poverty line has declined sharply, from 52 percent in 1980 to 43 percent in 1990 to 34 percent in 1999, and finally to 21 percent in 2010. Though the figures look optimistic, the United Nations’ number one Sustainable Development Goal (SDG) to end poverty in all its manifestations everywhere by 2030 will only become more difficult to achieve as time progresses.

The World Bank defines “extreme poverty” as living on less than $1.90 per person per day. The multidimensional aspects of poverty are captured to measure extreme poverty through data collection encompassing climate variations, caloric intake, clothing, shelter, health and other variables.

For the past two decades, East Asia has held the largest population of impoverished individuals. According to the Economist, in 1981, roughly 88 percent of China’s citizens lived below the poverty line. Since that time, China has eradicated a large amount of poverty in cities and reduced the number of rural people living below its poverty line of 2,300 yuan or a little over $340 per year. In 2013, due to continual infrastructural and economic growth, and the cultivation of private businesses and corporations, only 2 percent of Chinese citizens fell under the World Bank’s definition of extreme poverty.

Due to the changing landscape in East Asia, much of the world’s remaining poverty is in sub-Saharan Africa and South Asia. Weeding poverty out of these areas will prove to be more difficult due to the lack of available welfare programs and support systems.

Although free markets, trade and economic growth will remain vital to meeting the U.N. SDG, continued progress will depend heavily on infrastructural and health investments by the government, including in water, electricity and healthcare. According to the New York Times and the Harvard FXB Center for Health and Human Rights, decreases in mortality rate as well as public funds to finance scientific and technological breakthroughs such as the Global Fund to Fight AIDS, TB and Malaria have made massive contributions to fighting global poverty to date.

As organizations and nations worldwide move towards eliminating extreme poverty, new challenges will undoubtedly arise. The Brookings Institute reminds global citizens that “as global poverty approaches zero, it becomes increasingly concentrated in countries where the record of and prospects for poverty reduction are weakest.” Despite the fact, the possibility still exists to improve quality of life worldwide, and the opportunity still remains to progress the elimination of poverty through further investment and advocacy efforts across all national barriers.