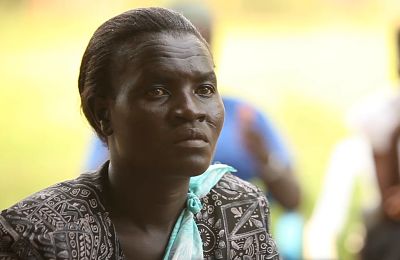 Women in South Sudan are facing alarming human rights abuses. The ongoing conflict has claimed many lives and displaced about two million people. Women have suffered disproportionately, being subjected to horrific gender-based violence. Despite the grim realities women in South Sudan face, humanitarian organizations such as the UNDP and IMO, along with the U.S. government, are working to empower women in South Sudan.

With an estimated 475,000 women and girls at risk of harm and more than half of young women aged 15-24 years having already experienced some form of gender-based violence, it is crucial that humanitarian organizations intervene. Women and girls face many different cases of abuse, ranging from beatings and rape to forced marriage and labor. The trauma the survivors are left with affects both their mental and physical health, with many becoming HIV positive after their endurance of sexual violence.

To combat the effects of these cruelties, the UNDP and IMO are working to help women heal through counseling and support groups where they can safely discuss their experiences and feelings. Working in displacement camps, these programs have moved many women from isolation and depression to a place of hope and healing. The work does not stop there.

The goal of these support programs goes beyond healing and into the idea of empowerment, challenging traditional cultural beliefs surrounding the role of women in South Sudan. These programs work to empower women by educating them on their rights and enabling them to take on leadership roles. One way these groups are able to do this is through dramas and musical events put on by the community. These performances highlight the importance of women as peace-builders and show how they can stand up against gender-based violence.

From these programs women in South Sudan have emerged as active community leaders, promoting peace and providing role models for incoming refugees. Many of the leading counselors in these programs are women who once faced abuse and isolated themselves, demonstrating the growth that can come from support.

In the U.S., Representative Sheila Lee is working to protect the future of these women by sponsoring the Equal Rights and Access for the Women of South Sudan Act (H.R. 48). This act, which has just been introduced to the House of Representatives, supports refugee relief that encourages women’s rights. It also focuses on the complete inclusion of women in post-conflict reconstruction and development, planning a future based on empowering women in South Sudan.

With 13 cosponsors, the potential of this act is promising. However, the work of humanitarian organizations remains essential to the recovery and success of these women. While the UNDP and IMO are working to empower women in South Sudan now, this act preparing for a future in which these women can thrive.

Human Rights in the Dominican Republic: Hope for Reform An Expanding Country: Four of the Main Causes of Poverty in Nigeria
Scroll to top