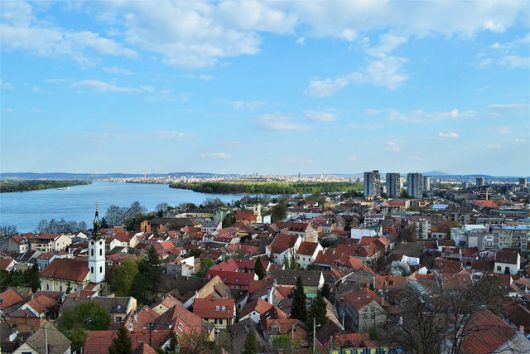 In March 2017, Prime Minister Aleksandar Vucic attended the signing of an agreement with the U.S. company NCR that plans to create 1,500 new jobs in Serbia. NCR will have more than 3,600 permanent employees in Serbia once the new jobs are created. This will be a significant increase from the 300 employees that NCR hired when the company arrived in Serbia in 2011.

In September 2017, Turkish investors expressed interest in opening 3,500 jobs in southern Serbia within the next three years. Zoran Djordjevic, Serbia’s labor minister, says talks will be held with the investors to explore all potential opportunities for cooperation. Djordjevic also presented the investors with Serbia’s new laws that will have an impact on their business activities.

The Center for Advanced Economic Studies presented a study entitled “Mapping Barriers to Youth Entrepreneurship in Serbia” to the Serbian Chamber of Commerce (SCC) at a panel discussion on April 25, 2017. Marko Čadež, the SCC president, mentioned that entrepreneurship is a key solution for increasing employment opportunities in Serbia. Čadež added that the SCC is continuously working to encourage and support business start-ups.

Axel Dittmann, Serbia’s German ambassador, noted that youth unemployment is an important segment to be addressed. Dittmann also said that Serbia’s youth have the greatest potential to boost the country’s economic growth. Snežana Klašnja, Serbia’s assistant minister of youth, says that while only 817 young Serbians have been employed through her ministry’s initiatives, there is still much work to be done.

In October 2017, there were 622,000 unemployed people in Serbia, a slight decrease from the 55,000 additional Serbians unemployed in 2016. “We expect for the annual unemployment rate to further drop,” says Zoran Martinovic, the director of the National Employment Office. Martinovic also revealed that 206,000 Serbians found employment in the first nine months of 2017.

Decreasing job opportunities have also caused many Serbians to leave their country. However, a program known as ICT Hub is working to increase employment opportunities in Serbia. Launched as part of a partnership with USAID in 2014, ICT Hub mentors Serbia’s entrepreneurs, helping them avoid the risks and costs of pursuing innovative ideas.

“Many of my friends left Serbia, but I believe one can succeed here just as anywhere else,” says Uroš Mijalković, a Serbian entrepreneur who managed to create a mobile gaming application with ICT Hub’s help. Mijalković’s gaming application Karate DO is now played by 12,000 people in 162 countries. “So far, 25 businesses with market potential have gotten off the ground at the ITC Hub,” says Kosta Andri, the ICT Hub’s director.

While these efforts are helping Serbian citizens find more job opportunities, there is still much work to be done. The growing rate of Serbians leaving their country can still decrease based on the help of Serbia’s government, ITC Hub and other entities. For now, the main goal of these projects and efforts is to increase employment opportunities in Serbia.