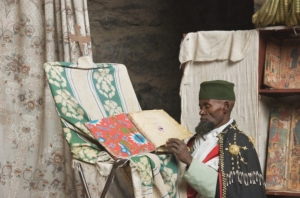 Though Ethiopia has one of the fastest-growing economies in its region, it remains one of the poorest nations in the world with a per capita annual income of $883 in 2019. Along with many inevitable health and wellness concerns that come with old age, a rising concern for seniors is deepening poverty.

Elderly poverty in Ethiopia poses a major threat to the well-being of older people, leaving them particularly vulnerable to economic insecurity in countries without social protection systems that offer high coverage and adequate benefits. However, important developments have been made in Ethiopia to support the aging population and combat elderly poverty.

Gender inequality manifests in elderly poverty, with older women being at much greater risk to experience poor living conditions than older men. The U.N. outlines multiple factors that contribute to this phenomenon, arguing “women’s lower labor force participation, the large number of women who are self-employed, and the fact that women often have shorter and interrupted careers due to childbearing and rearing” contribute to older women being particularly vulnerable to poverty.

Pension coverage is also often significantly lower for women because there is a gender-pension gap. The gender pension gap refers to several factors that contribute to fewer women receiving pensions than men. This is indirectly impacted by gender discrimination built into the pension system itself, “including the disproportionate exclusion of women from being automatically enrolled into a pension scheme.” In comparison to the 287,666 men who received civil servant pensions in Ethiopia in 2018, only 31,222 women received the same pension.

In 2018, only 15% of Ethiopia’s older population received any kind of social protection. As stated by HelpAge, “Older persons have virtually no access to either formal or informal savings and loans opportunities. Unless supported by civil society, poor older Ethiopians are unable to engage in regular saving activities.” Given the large coverage gap in social protection for the elderly, many argue that the nation should explore a dedicated social pension to combat elderly poverty in Ethiopia.

Despite its flaws, Ethiopia has made notable progress in the world of social protection interventions in the last few years. Two World Bank-funded projects have been instrumental in laying the groundwork to support seniors: the Ethiopian Rural Productive Safety Net Program, which launched in 2005, and the Urban Productive Safety Net Program (UPSNP), which launched in 2016.

The Ethiopian Rural Productive Safety Net Program is designed to support the Government of Ethiopia in improving its rural safety net systems. There is a specific focus on nutrition and food security, flood and drought risk management, and rural infrastructure and service delivery. Expanding the safety net in rural Ethiopia is central to supporting the lives of the thousands of seniors who live outside a city center and need social programs and systems to maintain a liveable quality of life. The UPSNP is designed with similar features but targeted towards poor households in urban centers.

HelpAge outlines a few key recommendations to improve elderly poverty in Ethiopia, including increased advocacy from citizens toward local government and more awareness around the issue itself. Moreover, the organization argues an increased focus on older women is necessary, especially widows, in social protection interventions.

There is a long road to dismantling elderly poverty in Ethiopia, but the creation of necessary systems to support the aging population has proven to be a viable start. Knowledge, advocacy and cooperation with the government to address systemic issues within pension plans can definitely move the needle forward to alleviate poverty within the elderly community.