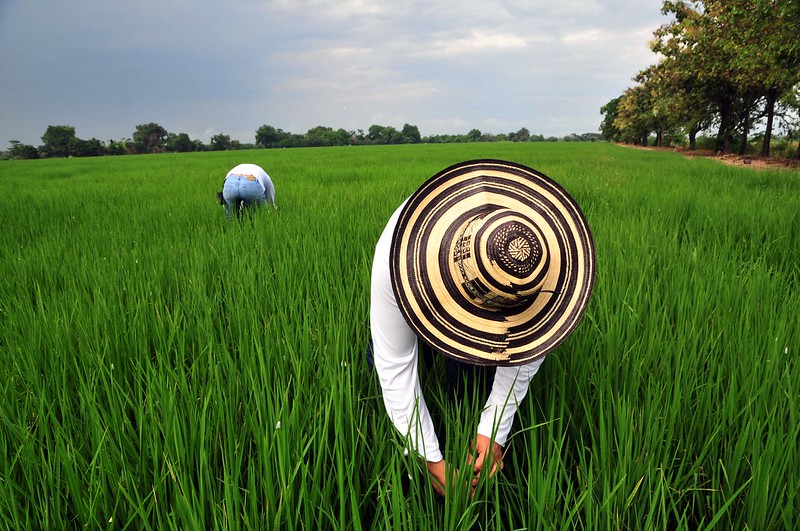 Mitigation and adaptation to climate change can take many forms. One of them is through technology and big data: information can help detect valuable patterns for decision-making that are crucial for agricultural products worldwide. By targeting issues such as food security, malnutrition and environmental degradation through data, creative and innovative solutions can be found for the most pressing agronomic problems of the 21st century. This is where smart agriculture through data is born.

The effective use of data through analytics and modeling is an important tool of the U.N.’s Sustainable Goals; after all, data can help in locating solutions for myriad problems. The International Center for Tropical Agriculture (CIAT) is committed to targeting agricultural problems with evidence-based big data tools.

Examples of CIAT’s actions include projects to improve Colombian agriculture, particularly working with Fedearroz, the largest association of rice producers in the country. CIAT’s researchers have been working in Colombia with the aim of granting local rice farmers independence from the limitations that agriculture often confers, such as climatic variability.

In 2014, an estimated $1.7 million in losses were avoided since Colombian rice farmers took CIAT’s counsel into account and did not farm for the first two seasons of the year. CIAT, employing Fedearroz’s agricultural yield and climatic data collected during the course of 20 years, created a big data model explaining how climatic and soil variation impact yearly rice yields.

CIAT advised farmers in three different regions of Colombia that they could avoid crop failure by not planting at all during their usual seasons. Instead, it suggested they use stronger rice varieties that are not as sensitive to solar radiation and rain variability. This resulted in the avoidance of great economic losses in more than 1,800 hectares for more than 170 farmers who relied solely on their rice yield.

Rice farmers in Colombia already struggle to stay competitive at an international level as rice production has fallen from 6 tons a hectare to 5 tons since 2007 due to climate variability. With big data modeling aiding with uncertainty, losses can be prevented and better planning can be employed for higher returns. Big data made from seasonal forecasts and prediction tools can let farmers know in anticipation what and when to plant while avoiding losses.

CIAT’s big data scientists were awarded for their project in Colombia at the 2014 U.N. Climate Summit for their wielding of data to soften the impact of climate change. By harnessing the power of big data towards climate variability, it is possible to create area-specific models in the future, including those that attempt to cover Colombia’s most productive agricultural sites.

Even though CIAT’s scientists only covered rice yields in this study, more big data simulations are being built to extrapolate this model to other crops such as beans and maize. Potentially,  projects such as this one could propel a new era of agricultural big data in Colombia, a country deeply affected by rainfall variability and climate change in the past 20 years.