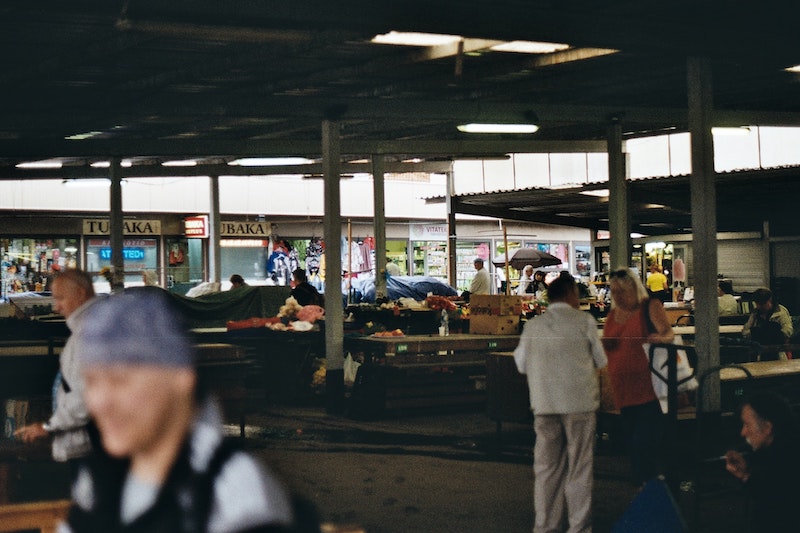 Estonia, the northernmost Baltic state, is a member of the European Union that was formerly part of the Soviet Union. After gaining independence in 1991, newly recognized Estonia embarked on a series of political and economic reforms. Many now commonly refer to the country as one of the Baltic Tigers alongside Latvia and Lithuania because of its rapid economic growth. Today, Estonia is a developed, high-income country that consistently ranks high in quality of life, education and digitalization. Despite this, Estonia still lacks in other indicators of development. The road to capitalism increased inequalities in Estonian society that did not exist under communism. Citizens lost some of the safety nets they previously had. Elderly poverty in Estonia remains a significant issue that demographic trends and a fragile pension system exacerbate.

As of December 2020, 41.4% of Estonians over the age of 65 are at risk of poverty, which is one of the highest rates across the European Union. This percentage has significantly increased since 2011 when it stood at 13.1%. When the Estonian government modernized the economy and pension system after independence in 1991, young people benefitted more because they had more time to collect into their pensions. Those approaching old age or already receiving pensions suffered, evident in the high elderly poverty rate today. When people reach retirement age in Estonia, they receive a pension based on the time they spent contributing to the labor force. In addition to this, Estonians can opt into two other pension pillars, one based on their income and one based on voluntary contributions.

With the aging population, the number of pensioners is quickly rising, putting pressure on pension sizes. The Estonian population is aging and the number of working-age people is decreasing. The social tax revenue that funds pensions is likely to decline. The media has criticized the reforms that made the second pension pillar voluntary for their potential to destabilize the economy and increase poverty among the elderly.

Elderly women are especially vulnerable to poverty in Estonia. According to the OECD, 42.8% of women over 65 in Estonia live in relative poverty, compared with 21.4% of their male counterparts. Women also have a much higher life expectancy than men in Estonia. They are living on average 8.4 years longer than men.

This could mean that women often end up widowed and lose their husband’s source of income. This only compounds the financial problems elderly women may already face because of low pensions.

Despite this, the Estonian government has made efforts to combat elderly poverty. Recent reforms adjusted the retirement age to increase every year with the life expectancy. A higher retirement age means people work longer, contributing more to pension funds that Estonia will need in the future. The Estonian government wants to ensure that the pension gap between men and women does not grow. To do that, it is calling for measures to reduce the gender pay gap. The measures include increasing the Labor Inspectorate’s supervision of wages and promoting gender equality curricula in schools.

The government has not yet analyzed the effects of this plan as it extends into 2023. On a supranational level, the European Union proposed legislation in early 2021 that would require companies to report on pay disparities between males and females. The wage gap has dropped from 22.5% in 2013 to 19.7% in 2020 and projects to drop another percentage point by 2023.

To address elderly poverty in Estonia, various organizations are working on regional, national and European levels. The European Anti-Poverty Network has a commitment to eradicating poverty across Europe and placing the fight against poverty and social exclusion at the top of the EU agenda. It has partnered with the Estonian Association of Pensioners (EPUL), which cooperates with government agencies to protect the rights of the elderly.

Its primary activities are advocacy-focused and help bring elderly voices to the forefront of Estonian politics through public events, lectures and lobbying meetings. In 2018, EPUL signed an agreement that formed elderly councils in the Tallinn city government to involve the elderly in decision-making. The organization also gives free legal aid to the elderly and provided 817 hours of free legal help in 2018.

Though the effect of the COVID-19 pandemic on elderly poverty in Estonia is not certain. However, trends in the years leading up to 2020 are favorable. The relative poverty rate is slowly decreasing, as is the gender pay gap that affects old-age pensions. With NGO work and strong national policies, Estonia is on its way to alleviating and eradicating poverty among its most vulnerable population, the elderly.