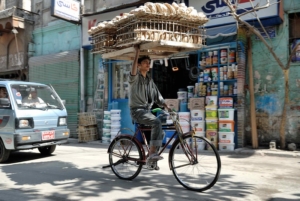 Economies worldwide have been hit hard by the pandemic. However, few have been able to come out positively. The Egyptian economy has been able to make meaningful economic progress, such as through GDP growth, throughout 2020 and 2021. As it is working toward poverty reduction, Egypt is an example of how to keep an economy steady. Egypt has been fighting poverty for more than a decade now – a third of Egyptians live in poverty and half of the population is either in or near poverty.

The Egyptian economy has taken economic hits in the past several years. However, that does not mean recent steps are not worth mentioning. Egypt has recently seen poverty reduction for the first time in 20 years due to the reforms taken by the government. At the end of 2016, several economic reforms started a turning point for Egypt. The Economic Reform Program is made up of currency policies, decreasing dependence on fuel and electricity, increasing job opportunities (particularly for women), implementing structural business reforms, and endorsing economic acts to further progress. Certain moves also attracted many investors to Egypt, boosting the economy. Social programs targeted at more individual and community levels have also lifted 1,000 villages out of poverty. These broad economic reforms have also strengthened Egypt for the pandemic.

COVID’s Impact, and Fighting Through It

The past few years have had a monumental impact worldwide. Nearly every economic power has suffered a decline or a recession. One worry within Egypt is that the recent growth would collapse on itself. The pandemic did impact job creation and the private sector, but not enough to make a dent in progress. Previous actions have cushioned Egypt, such as the poverty rate going down from 32.5% to 29.7% in the fiscal year 2019-2020. This monumental victory for Egypt and for poverty worldwide took place over two years.

The Future of Egypt

Egypt Vision 2030 is the long-term future that is planned out for Egypt. As Salah Hashim, advisor for the Ministry of Social Solidarity for Political Policies, put it, “Egypt Vision 2030 has focused on promoting social justice, not only helping the poor and low-income people like before.” This shows that Egypt is willing to tackle injustice in multiple systems. The Egyptian economy should be an example for other countries struggling to build economic growth sustainably. While poverty is still abundant, this growth shows a bright future for Egypt’s economy and its future.