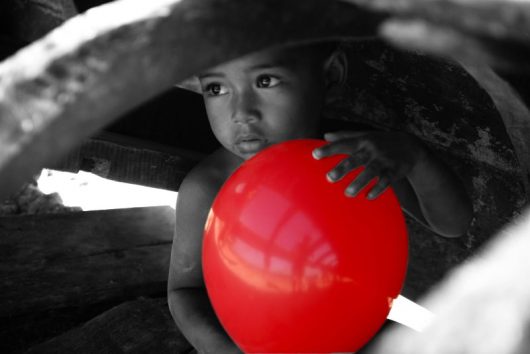 Recent research and behavioral studies focusing on children that grow up in conditions of poverty have indicated that the stress associated with that environment can have lasting negative effects. It has been long accepted in the field that spending one’s formative years in the tough circumstances associated with poverty can lead to learning and behavioral problems. However, these recent studies indicate something different: the long-term effects of poverty in children are not only potentially psychologically detrimental but also physiologically damaging.

Researchers and experts in the field have coined the term “toxic stress” to describe the prolonged activation of the stress response system when a child experiences strong, frequent or prolonged adversity. Children brought up in the harsh conditions of poverty are highly likely to be continually exposed to this type of toxic stress. The absence of protective relationships, physical and emotional abuse, chronic neglect, exposure to substance abuse and violence and the accumulation of family economic hardships all lead to the prolonged activation of the stress response system. This toxic stress, especially in the early formative years of a child’s development, can have highly detrimental effects on the individual’s health which follows them for the rest of their lives.

The most recent research suggests that toxic stress can lead to some of the major causes of the deadliest diseases in adulthood, such as diabetes and heart attacks. As Dr. Tina Hahn, a pediatrician, recently claimed, “The damage that happens to kids from the infectious diseases of toxic stress is as severe as the damage from meningitis or polio.”

Undergoing toxic stress can also lead to higher risks of internal inflammation; a 2015 study at Brown University found that the saliva of children who had experienced abuse or other hardships had elevated levels of inflammation markers. The effects of poverty in children can also potentially be deadly: one of the direst findings, from a 2009 study, found that adults with six or more adverse childhood experiences died 20 years earlier than those with none.

The findings of the adverse long-term effects of poverty in children have begun to lead to a change in approach on behalf of psychologists, pediatricians and educators. The American Academy of Pediatricians in 2016, for example, passed a policy urging pediatricians to routinely screen families for poverty and help them find food, homeless shelters and other necessary resources. Some schools have also begun to screen children for signs of toxic stress, in order to curb these harmful effects before they manifest themselves. This practice, unfortunately, is far from universal. However, as awareness about these findings grow and more studies reach similar conclusions, the professional — and public — attitude toward the issue of poverty is beginning to change, it is beginning to no longer be seen only as a socio-economic issue but as a fundamental humanitarian and health one.