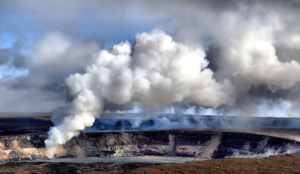 Sulfur mustard gas is a potent chemical agent that people infamously used in World War I because of its devastating effect. Upwards of 120,000 people died from the effects of mustard gas during the first World War, leading the international community to ban the use of mustard gas in the Geneva Protocol. Despite being banned nearly 100 years ago, the threat of mustard gas remains in the 21st century, as evidenced by its use in Iraq by the Islamic State against American forces several years ago in 2016.

The Function of Mustard Gas

Once released, the effects of mustard gas are not immediate and symptom onset may take anywhere from hours to days. Within three to 12 hours of mild to moderate exposure, the victim’s eyes become bloodshot and watery. Severe exposure causes the same symptoms to onset within one to two hours, but may also cause sensitivity to light, and blindness for up to 10 days. Substantial exposure may lead to permanent blindness in the victim.

Additional symptoms include the skin becoming red and irritated, eventually leading to shallow blisters. Acute severity is generally in moist areas, including under the armpits and palms. Making matters worse, blisters commonly become infected after popping. Severe skin burning may prove fatal due to the infection. The mustard liquid is more likely to produce second-and-third degree burns and scarring when compared to exposure through vaporized mustard gas.

Further, the victim will develop a cough 12 to 24 hours after a mild exposure, and within two to four hours of severe exposure. Additionally, the victim may experience a runny nose, shortness of breath, sneezing, hoarseness, sinus pain, and a bloody nose. Exposure to mustard gas may lead to an increased risk of lung and respiratory cancer.

Finally, mustard gas can affect the digestive tract as well. The victim will often experience abdominal pain, diarrhea, nausea, fever and vomiting. Mustard gas also decreases the formation of red and white blood cells, leading to weakness, bleeding and an increased risk of fatal infection. Many scientists have studied the effects of mustard gas on victims after the first World War; one of which determines one of the greatest ailments these victims face is the psychosocial disorders developed.

Unfortunately, there is no antidote for mustard gas exposure, only symptom treatments. If exposed to mustard gas, the CDC recommends to immediately depart the area. Mustard gas is heavier than air, causing accumulation in low-lying areas. Therefore, it is imperative to reach higher ground immediately.

Additionally, recommendations state to remove any clothing with liquid mustard gas and transfer to a sealable bag, if possible. One should also promptly and thoroughly wash any body parts that became exposed to sulfur mustard, rinsing eyes every five to 10 minutes. Most importantly, those who experienced mustard gas exposure should immediately receive medical attention. If one receives proper medical treatment, exposure to mustard gas is not fatal.

Prohibited Use of Mustard Gas

The Chemical Weapons Convention treaty started to receive signatures on January 13, 1993; this a United Nations arms control prohibiting the production, acquisition, transfer and stockpiling of chemical weapons. The Convention, comprising 165 signatories, declares that states must destroy any chemical weapons stockpiles, as well as the facilities that produced them. The Convention includes a “challenge inspection” clause, which allows signatories to request a surprise, involuntary inspection on states suspected of noncompliance. Due to the Chemical Weapons Convention, as well as the Geneva Protocol, the use of sulfur mustard in warfare has become uncommon.