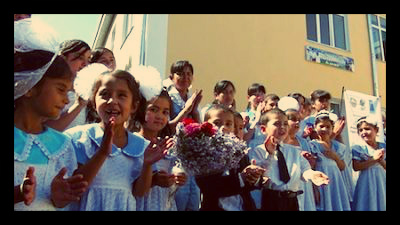 Since gaining independence in 1991, the government of Uzbekistan has committed to reforming the education system and making this system a national priority. Free compulsory education for all children, as well as over 60 schools of higher learning, has lead Uzbekistan to achieve one of the highest literacy rates in the world.

Located in Central Asia, Uzbekistan has a population of over 26 million people. As the region’s most populated country, the government has taken significant measures to ensure high quality instruction for all children.

The Law on Education, established in 1997, states that all citizens have the right to education in Uzbekistan. After minor revisions, the law also encompasses that citizens are required to attend nine years of primary and secondary schooling. Students are then allowed to either continue with higher education for three years or seek vocational training, education that prepares children for a specific career path.

The Ministry of Public Education and the Ministry of Higher and Secondary Specialized Education are responsible for all pre-school, general education schools, higher learning establishments and vocational education. Together, they have been working to improve state educational standards and curriculum, reconstruct school buildings and strengthen teachers’ capacities at all levels.

Research shows that access to primary and secondary education in Uzbekistan is above average for the sub-region. The net enrollment rate for primary school is 97 percent, compared to the lesser 92 percent average of the Central Asian countries. Students also have a 100 percent transition rate to secondary school, indicating that the gap in access between primary to secondary school is virtually non-existent.

However, the Government of Uzbekistan does struggle with early childhood education. Only 20 percent of children aged 3 years old to 5 years old are attending preschool, a figure that was much higher prior to independence. The limited access to preschool and primary school for the 130,000 children with disabilities remains an area of primary concern.

Although methods such as homeschooling are available for these children, they have proven insufficient in meeting the educational needs of this young population. There are few schools and teachers with the necessary supplies and training to deal with children with severe disabilities and learning difficulties. Thus school quality has been a recent target for improvement. In 2006, a learning assessment given to a small group of Uzbek students illustrated that only 30 percent of children were considered to be competent in basic mathematic skills. Likewise, a mere 30 percent of children scored above a proficient level in the literacy assessment.

Many attribute the basic levels of math and literacy to the shortage of teachers. Although teacher salaries have been raised, a large gap exists between teacher wages and the average salary in Uzbekistan. Schools not only find it extremely difficult to recruit new prospects, but also to keep experienced teachers.

Although education in Uzbekistan has seen great improvement over the years, a lot more can be done in order to see the country succeed. According to UNICEF, the Government of Uzbekistan has to increase educational access to children in remote areas and those with special needs. In addition, school infrastructure must be structured to accommodate students with disabilities as well as create a safe and workable environment for teachers and students alike. With these changes, there is great hope that children in Uzbekistan will have a bright future ahead of them.