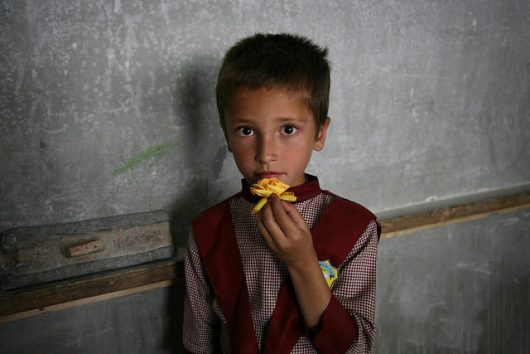 In 1995, The Citizen’s Foundation (TCF) was created by a group of people who believed that education in Pakistan should be a right, not a privilege. For the 20 million children who still do not have education today, that belief could change their lives.

The program began its mission by creating five schools in the slums of Karachi. Now they operate nearly 1,000 schools across poverty-stricken areas of Pakistan.

One of the main goals of The Citizen’s Foundation (TCF) is to help women and girls out of poverty by changing their roles in rural communities. Women who are mothers, and have been considered little more, are now being taught to read in communities with TCF schools. In addition, nearly 15,000 new jobs came along with the schools, and almost all of these positions have been filled by women.

TCF hopes for a balanced gender ratio in its students, and it has nearly attained that goal. Today, 45 percent of students are girls–that is 45 percent of the 145,000 students now receiving education in Pakistan.

The Citizen’s Foundation hopes to create stability through education and employment that will benefit Pakistan domestically while reducing the threat of corruption festering in impoverished communities that has threatened national security abroad.

With career counseling, vocational training, alumni development programs and summer camps, TCF is encouraging the well-being of entire communities, not just putting children behind desks. They have even implemented nine water filtration plants and five reverse osmosis plants to bring clean water to the communities where they operate.

The success of TCF has been recognized across the world. In 2011 the organization was awarded the Qatar Foundation’s award for the Annual World Innovation Summit for Education (WISE), and in 2013 it won a Skoll Award for Social Entrepreneurship, which included $1.25 million of support.

$144 provides one year of education in Pakistan, and The Citizen’s Foundation is determined to continue implementing their curriculum’s in rural, poor areas across the country until that education is a reality for every child.

PCV in India: Underprivileged Children to Receive Access 10 Crucial Facts to Know About Refugees in Qatar
Scroll to top