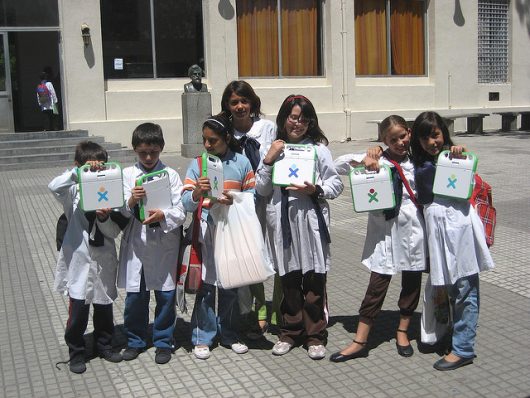 Despite being one of the smaller nations of South America, the Oriental Republic of Uruguay boasts some of the most successful education statistics in the continent. In fact, Education in Uruguay boasts statistics among the best in the world.

According to the U.N. Development Program’s Education Index in 2013, Uruguay is “slightly better educated than the average country at 0.71 out of one” while the world’s median is 0.65. The Republic also boasts a 98.36 percent adult literacy rate, making them rank first out of 12th for South America and 33rd in the world’s ranking.

Education is compulsory in Uruguay for students between the ages of six and 11, and free at all levels. Its capital of Montevideo is also the major center for education and the home of the main and only public university: University of the Republic. Across the board, classrooms have a great student per teacher ratio, at 13.8 students per teacher. This assuring statistic has resulted in a greater amount of attention given to pupils in addition to higher grade averages.

The commitment to compulsory education in Uruguay dates back to the 1800s when President José Pedro Varela convinced the government to pass the 1877 Law of Common Education. This key statute instituted a model for public school systems and was made in the image of the French academic system. It created three separate branches – primary, secondary, and university levels. Although president for only one year, Varela’s impact remains influential to the country’s education system.

Uruguay’s commitment to education even goes so far as to become the first country to give free laptops and Wi-Fi connection to every student across the country. In 2009, President Tabaré Vázquez finalized the inaugural project “Plan Ceibal” which gave laptops to all grade school students and their teachers. The project worked in alliance with non-profit One Laptop Per Child, an organization with a mission to distribute low-cost laptops to poor children all over the world.

Education in Uruguay only continues to improve classroom conditions and technologies with each succeeding year. Minister of Education and Culture María Julia Muñoz and American Ambassador to Uruguay Kelly Keiderling recently renewed a Fulbright partnership between the two countries, which will allow teachers to learn modern education methods from their Fulbright scholars.

Muñoz stated that the Ministry of Education and Culture has even increased their contribution to the partnership program from 60,000 dollars to 100,000 dollars, to maintain their marked dedication to the lives of Uruguayan students and teachers.

The continued efforts of Uruguayan leaders will undoubtedly secure the significance of academia as an apex of the Oriental Republic and its culture. Further movements concerning the Education of Uruguay are, therefore, not to be discredited.