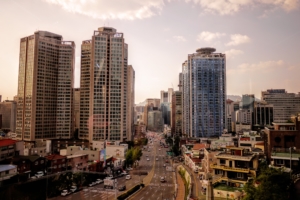 After the Korean War, South Korea was one of the poorest countries in the world with a GDP per capita of $79. Today, it is home to many innovative technology companies and has a GDP of $1.619 trillion. This massive progress is largely due to the high standards of education in South Korea. With a strong cultural emphasis on education, the country was able to develop a flourishing economy and facilitate poverty reduction.

The Principles of Education

Education has always been important for Koreans. In the 18th century Korea, neo-Confucianist ideals and a stringent class system framed the Korean social order. Many considered education essential to slowly eliminate social stratification and offer equal opportunities. In fact, King Sejong the Great, the fourth king of the Joseon dynasty, created the Korean alphabet Hangul for that specific purpose. He wanted all of his people to be able to read and write, not just those of higher social class.

During the Japanese colonization of Korea, which lasted from 1910 until 1945, Japanese became the official language and Hangul was completely banned. Despite Japan’s imposed restraints on potential educational opportunities for Koreans during this time, the desire for education persisted. It was so tremendous that after Korea gained independence, the Korean people overwhelmingly demanded more opportunities for education. It evolved into a standard of economic and social mobility, or the fairest way to move up the socio-economic ladder. The industrialization process began through this principle, subsequently making education essential for employment.

South Korea’s Rise to the Top

The policies used to increase literacy rates also contributed to the rise in post-secondary education. South Korea ranks as the number one most educated country, where almost 70% of individuals between the ages of 25 and 34 have completed college, university or any other form of higher education.

Along with education in South Korea, the country’s economy transformed tremendously. Many consider South Korea’s economy to the most innovative economy regarding technology and has ranked number one in innovation for several years, raising its GDP to $1.619 trillion. Its ratio of research and development program spending to GDP is the highest in the world. South Korea has one of the most intricate and interconnected economies, leading in exports of information and communications technology as well as automobiles. It is also the first country to introduce 5G internet services for mobile carriers.

The South Korean government believed that economic development on a national scale required high learning abilities and cognitive skills. By investing in education, students would develop skills and knowledge that would help in becoming excellent workers. The economy then flourishes and begins to invest back into education. The government also made sure to provide vocational or technical training which, alongside education in South Korea, has contributed to the low unemployment of 3.7%.

The emphasis on education in South Korea extends beyond national economic improvement. Technological companies such as Samsung encourage corporate-academic collaborations with universities like Sungkyunkwan University in Seoul and the Korea Advanced Institute of Science and Technology in Daejeon where they collaborate on research in electrochemistry and the development of new energy sources. Samsung has also provided technology to classrooms in an attempt to reduce the education gap.

The international community has long-since known that education alleviates poverty. There is a strong correlation between education, economic empowerment and low unemployment. Education helps economies grow and infrastructures develop. In South Korea, it was government policy that made education the biggest portion of the budget, next to defense. Government policy also used land reform to boost education. Land reform redistributed land which significantly reduced land ownership inequality. It thereby changed social policy, reduced poverty and aided in bringing educational levels to an all-time high. Rural populations with higher levels of education in South Korea produced a large workforce of well-educated individuals that served as a catalyst for industrialization and reduction of poverty. Today, although South Korea still battles poverty and an education gap between the rich and the poor, the country and its economy have greatly transformed since 1945.