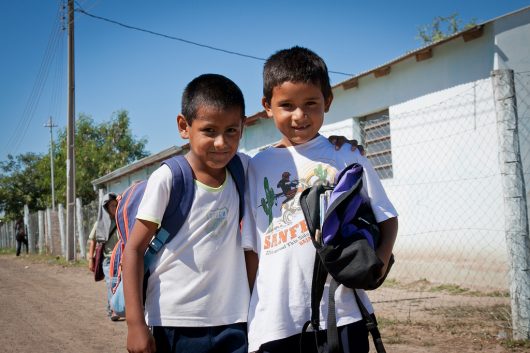 Paraguay is a landlocked country in the heart of South America. Located between Bolivia, Brazil, and Argentina, the country has a population of nearly seven million people. Although poverty is on the decline, the country’s economic level is not where it should be. The current issues surrounding education in Paraguay go hand in hand with poverty.

These twelve years of education are mandatory and free. Students are around 17 years of age once they finish their required schooling. Nearly all youth and adults are literate in Paraguay.

Despite these statistics, more complicated issues are involved in education in Paraguay, considering that only 45 percent of students end up completing sixth grade, and adults have an average of six years of education in total. Fifteen percent of the population is living on one euro or less a day, and ten percent of children don’t have any access to schooling. Schools that are run by the government are often crowded and lack adequate resources.

According to Generation Rising, the reason for the lack of attendance in Paraguay is due to a variety of reasons such as, “[the children’s] families need them to bring in extra income, there are no schools in their area or the cost of uniforms, textbooks and supplies is simply too much.”

Providing children with accessible, affordable, worthwhile education is an essential to providing them their human rights. While the overall situation in Paraguay has been seemingly increasing in recent years, there is still progress to be made.