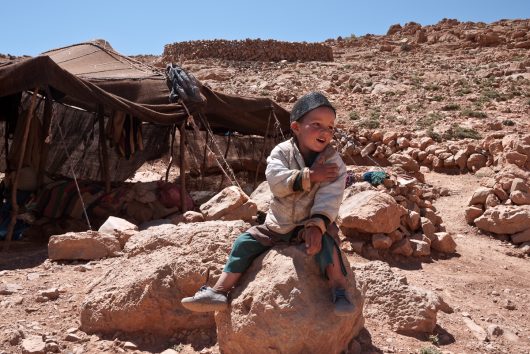 Education in Morocco has staggered slowly towards greater improvements in their learning infrastructure as illiteracy rates remain high. According to a 2015 statement by the National Agency for the Fight Against Illiteracy (ANLCA), approximately 10 million men and women are still illiterate.

Mounia Benchekroun, a Moroccan consultant in social and educational development stated in The Arab Weekly, “The figure of 10 million illiterate in Morocco should raise a national awareness that would require a much stronger national political engagement in order to fight this scourge.”

Morocco’s High Commissioner for Planning Ahmed Lahlimi also shared his analysis of illiteracy rates in 2014. Lahlimi stated it was more common for adults over 50-years-old to be illiterate, which is approximately 61.1%. In contrast, only 3.7% of children under 15-years-old face illiteracy. There is an evident gender gap as approximately 41.9% of women are illiterate compared to 22.1% of men.

Although the National Education and Training Charter (CNEF) lagged behind in its goal to reduce illiteracy to less than 20% by 2010 with complete eradication by 2015, this issue of high illiteracy rates is accompanied by good news. Literacy rates have made strides throughout the years for education in Morocco, increasing with the implementation of literacy programs by NGOs and with a new 2024 goal to eradicate illiteracy.

Lahlimi states that rates have dropped to 32% compared to 42% of the population 10 years prior. Moreover, Morocco has earned the Confucius Literacy Prize honorable mention for its improvements in literacy rates between 2004 and 2012. A continued emphasis on improving literacy rates for education in Morocco is significant in creating equality and advancing the health and development of the country as a whole.

The Global Education Monitoring Report states that educated mothers are less likely to die in childbirth by two-thirds and that child mortality would be reduced by a sixth. Literacy plays an important role in mortality rates through the ability to read. Literacy provides information to make well-informed decisions, such as utilizing a nurse at birth or understanding nutrition. In addition, according to Alfalit International, research has shown that illiteracy can limit an individual’s ability to understand and process information necessary to take care of oneself.

With the importance of literacy among Moroccan men and women, ANLCA calls on national and international powers “for a new impetus to-wards a literate Morocco.” New improvements for education in Morocco will come in addition to an eradication of illiteracy by 2024.