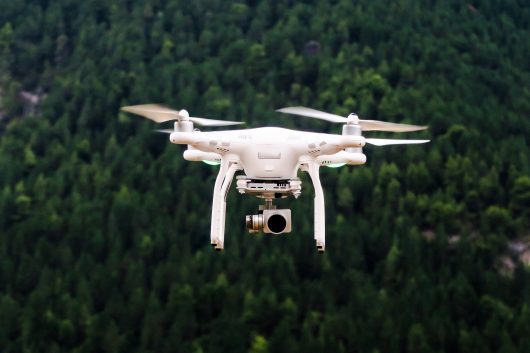 While domestic drone use was nothing but a hobby a few years ago, it has now developed into a life-saving technology. Drones have become bigger and stronger as the technology has developed, capable of delivery services now, as seen with Amazon’s Prime Air. Most recently, drones have started delivering medical supplies.

Zipline International, a robotics company based in Silicon Valley, partnered with Rwanda’s government and commenced flying medicine to people. Drone use is especially useful in naturally isolated areas without accessible infrastructure as finding emergency health care can be impossible. However, the Zipline drones can reach those places with no problem.

Weighing 22 pounds, the drones can carry three pounds of medicine and fly 75 miles on a single charge. The company claims they can deliver the medicine in under 30 minutes, eliminating the need for refrigeration or insulation and readily helping those in emergency situations.

In underdeveloped nations like Rwanda, drone use may become one of the most important humanitarian tools, delivering essential medicine to isolated locations where malaria, AIDS and other diseases are still rampant. In the U.S., Zipline also plans to operate in remote communities in Nevada, Maryland and Washington. They are set to begin test runs with support from the White House.

In past situations, like Hurricane Sandy and Typhoon Haiyan, drones delivered supplies to stranded communities and survivors. Drones may be essential in emergency aid situations. According to the African Development Bank this can be especially helpful in rural Africa, where only 34% of communities have road access.

Another area for drones to enter is food delivery. In impoverished nations, many go hungry, even without natural disasters. With the continued development of drones and proper regulation, the hundreds of millions of malnourished people may find another way to receive necessary aid on a more consistent basis.

Drones could deliver more than food — tools and seeds to aid in agricultural needs could be delivered, and even the internet could be provided. Facebook has plans to launch high-altitude drones that connect people in smaller cities or the outskirts of urban areas to the internet.

In places where hospitals and doctors are scarce, transportation infrastructure is nonexistent and where poverty is rampant, drone use can become the solution to both temporary and long-term problems. They can help in natural disasters, in pandemics and perennially underserved communities.