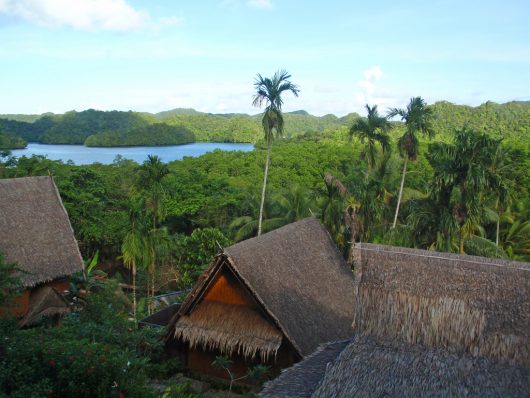 The Federated States of Micronesia is a country in the western Pacific Ocean and is comprised of more than 600 islands. The current system of education in Micronesia has 18.4 percent of young Micronesians reaching the college level, with 32 percent making it to high school, and just 36 percent going to elementary school, while the rest do not attend any school.

In Micronesia, the first eight years of education is mandatory, with children beginning primary school at the age of six. The curriculum in this eight-year program includes subjects such as science, mathematics, language arts, social studies and physical education. Public secondary school is available free of cost to all Micronesian students. There are also several private schools available, such as the Pohnpei Agricultural and Trade School and Xavier High School in Chuuk.

Education in Micronesia is an important part of the country’s history, as its first school, Colegio de San Juan de Letran, was the first school established in the entire Pacific. Before education was significantly built up in the late 1960s, secondary school was a privilege reserved for only a few of the very best students in the country. After the educational development of the 1960s, each district had its own secondary school and enrollment was ten times larger than it was just a few years prior.

In 1963, President John F. Kennedy reversed the U.S.’ previous policy of slow-paced change and modest annual subsidies to a policy of rapid development. The U.S. doubled its annual budget for Micronesia in just one year, raising it dramatically in the following years. The yearly subsidy of $6 million in 1962 was increased eightfold to almost $50 million by 1970; within the next decade, it doubled once again, resulting in a total close to $100 million.

This shift in policy had a major effect on education in Micronesia, as its share of annual education budget stood at 10 percent in 1962 and doubled to 20 percent by the end of the decade. Despite the good intentions, education had far outpaced the economy of Micronesia.

In his article “The Price of Education in Micronesia”, Francis X. Hezel writes,”The industries that were supposed to have developed, if only enough seed money could be found and intelligent and enterprising people provided to initiate these projects, were never begun. Instead, young graduates did what they knew best – worked for the government–and when jobs there could not be found they returned to the village to wait until their luck changed. Yet, it is significant that, despite the stagnant island economy, young Micronesians have returned home after college to take their chances on their island rather than reside in the US permanently.”

If we hope to improve education in Micronesia, we must address these concerns and strive to improve the economy and prospects for young Micronesian graduates.