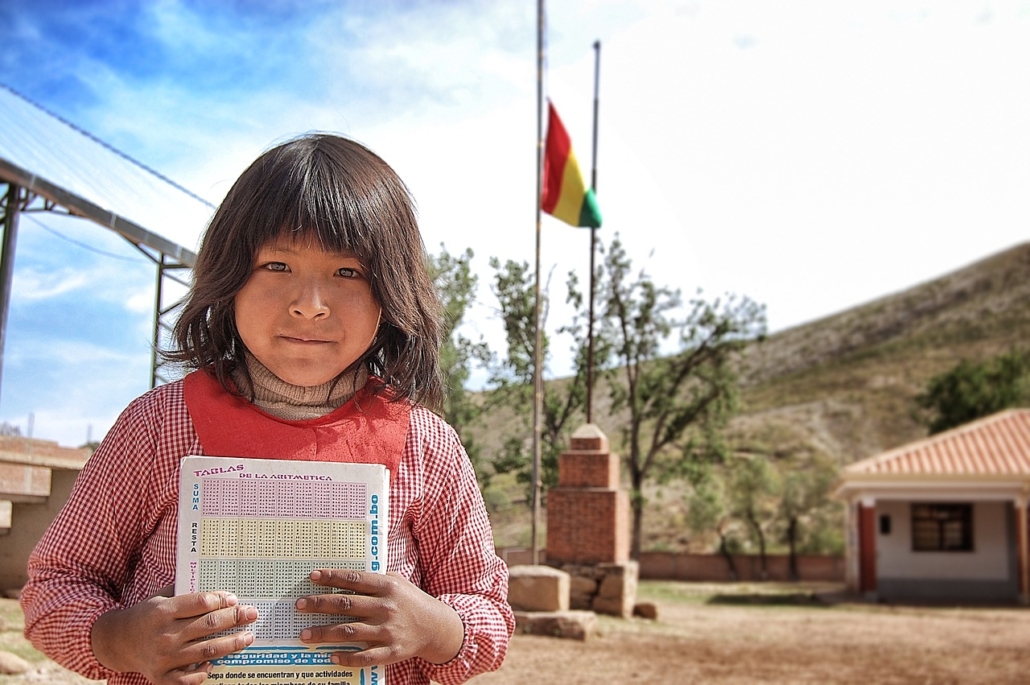 The history of Bolivia is a clear representation of how education can be used as a tool for maintaining political control.

Education in Bolivia was first formalized by Spanish-speaking Europeans who colonized the Iberian states occupying present-day Bolivia. In order to keep power from returning to the indigenous people after the liberation of these Iberian states, Bolivians of European descent used education as a tool to eradicate indigenous languages, traditions and ultimately, identity.

They believed they were “remaking Indians into productive peasants” and wanted to integrate them into campesino culture so that it would grow dominant over the indigenous culture. Education in this context was used as a method of control and subordination; it promoted prejudice against any language or culture that differed from that of the hegemonic group.

The schools set up for these indigenous groups did not teach its students traditional subjects such as arithmetic, reading or social studies. Instead, they focused on agriculture and pushed literacy to the edge of the curriculum. Reading and writing was assumed to be useless for people meant to work the fields—even potentially dangerous. In a world where knowledge is power, the ruling class knew that literacy among the working class would only undermine their authority.

The revolution of 1952 changed the power structure in Bolivia and eventually led to the redevelopment of the education system.

A new education act unified all people under one system, taking the place of the previous system where the working class and upper class had separate schools. However, students were only taught in the national language from that point on—a change that was intended to help integrate the indigenous population into the national Spanish-speaking culture, but instead further marginalized them. Indigenous children forced into Castellan-taught classes could not understand their teachers properly and often dropped out. Furthermore, teachers were poorly trained and classes often focused on memorizing rather than practical learning.

However, this is not necessarily a result of lack of funding. Bolivia devotes 23 percent of its annual budget to educational expenditures—a greater investment than most South American countries usually spend. The problem more likely has to do with lack of effective spending, to which the Bolivian government has responded by decentralizing spending on education in order to meet the diverse needs of local communities.

Since 1994, this decentralization has significantly improved dropout rates. More children are going to school across the nation; however, schools still seem to be lacking in quality teachers and relevant curriculum. This can be observed by the high rate of secondary school graduates who want to attend university but must take an entire year’s worth of extra courses in order to bring their knowledge up to speed with international standards.

Bolivia still has a long way to go in terms of improving its education system in order to substantially increase literacy rates and to help its students acquire the skills needed to lift themselves and their families out of poverty.

USICD Fights for Disabilities RightsEducation in Laos
Scroll to top