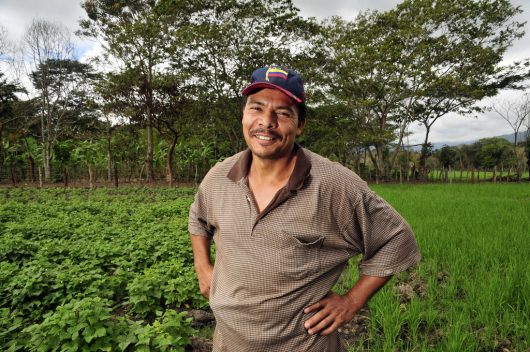 The amount of economic growth in Nicaragua is an unusual and unprecedented phenomenon in the Central American peninsula. The International Monetary Fund (IMF) even decided to close its offices in the country in 2016 as it considered the issue well resolved. IMF first opened an office in Nicaragua in 1995 with the goal of economically stabilizing the country, which had been afflicted by years and years of high debt accumulation and revolutionary wars.

“Notwithstanding challenging external conditions, economic activity remains buoyant,” said Gerardo Peraza, head of the study that IMF led in 2016. The study also revealed how economic growth was projected at 4.7 percent that year. The main factors that contributed to such economic growth in Nicaragua were, according to the study, steady agricultural and commercial activity and an inflation rate that is projected to accommodate under four percent.

Where Did the Economic Growth Originate?

Experts argue that such improvements in economic growth in Nicaragua are largely attributable to the re-election of President Daniel Ortega. Many argue that his political identity and approach to crucial matters such as macroeconomy and anti-poverty measures have significantly shifted toward a more pro-business attitude.

Moreover, experts say that thanks to Ortega’s social programs, poverty fell by 30 percent between 2005 and 2014. Moreover, in 2011, Nicaragua was taken out of a debt relief program enacted by IMF in 2005, called Heavily Indebted Poor Countries Initiative.

The Benefits of Economic Growth in Nicaragua

A study issued by the World Bank has also found that in 2011, economic growth hit 5.1 percent, slowing to 4.7 and 4.5 in 2016 and 2017, respectively. For 2018, predictions see the Nicaraguan economy growing at 4.4 percent, making it the second largest among Central American countries in terms of growth. The country’s overall stability led decision makers to focus on long-term improvement and growth rather than just damage control, with the war on poverty the highest objective, particularly in rural areas.

Such economic improvement also restored the international community’s trust in Nicaragua. It is thanks to this renewed trust that, for instance, the USDA awarded a McGovern-Dole Food for Education grant to the organization Food For The Poor in Nicaragua. The grant was distributed as a three-year program, from the fall of 2011 to the fall of 2014.

During this period, more than 4,500 metric tons of food were delivered to the poorest communities of the Central American country. The majority of the recipients were children. Students of  774 schools, located primarily in Managua, Nueva Segovia and Madriz, greatly benefitted from the program.

The mission, however, is far from being fully accomplished. A statement issued by the U.S. Department of State reveals that Nicaragua still has the lowest level of GDP per capita in Central America and, most importantly, 40 percent of the population still lives in poverty. The situation gets even worse in rural areas, where the rate of poverty reaches nearly 60 percent.

The hope is that the path of economic growth and fiscal responsibility, paired with social programs and foreign aid initiatives, will keep Nicaragua on a path of prosperity and heavily reduced poverty.