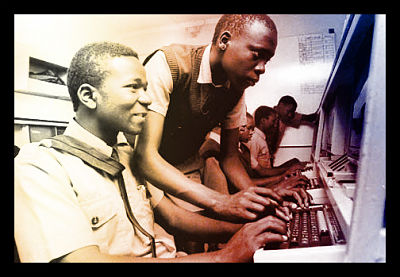 The Economic and Social Council (ECOSOC) kicked off its annual forum at the start of this month, focusing on the importance of science and innovation to achieve development goals. The top UN officials, who were in attendance at the forum, stressed that technology and science are crucial for tackling todays global challenges, from reducing poverty to ensuring sustainable development. Some of the key speakers on the first day of this forum were ECOSOC president, Ambassador Nestor Osorio of Columbia, Secretary-General Ban Ki-moon, and President of the UN General Assembly, Vuk Jeremic.

“The steadily increasing pace of technological innovation makes ours an era of a long profound change…So many fields of human endeavor – medicine, energy, agriculture – have made significant, even drastic, improvements in just a few generations. Yet in the field of development, despite our progress, there are still over one billion people living in extreme poverty. And tonight many, if not most, will go to bed hungry,” said Osorio.

Secretary-General Ban Ki-moon stressed the importance of science and innovation as the Millennium Development Goals (MDGs) come to a close in 2015. While some of the MDGs have already been met, there are several that need extra attention if the international community wishes to achieve them by 2015. “We must intensify out efforts, particularly to tackle the disparities across regions and between social groups…the future we want is within reach. Let us innovate together to achieve it,” stated Ki-moon.

Finally, Vuk Jeremic, President of the UN General Assembly, spoke about the need for a renewed commitment from Member States to face these development challenges together. He urged for a revitalized General Assembly and a renewed ECOSOC to lead the UN in setting the world on a more equitable, prosperous and environmentally sound path.

The ECOSOC forum will last for 26 days, but this assembly on innovation and science will last for four, including several more speeches from world leaders as well as collaboration meetings between several international institutions.