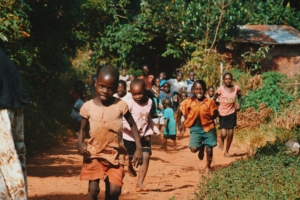 Although it is a country of progress, Malawi faces social issues and is currently dealing with the impact of disease and finding solutions. The use of a technology method, specifically drones to tackle malaria, is helping to identify and eliminate mosquito breeding grounds and it could be the breaking point of innovation used to eradicate malaria throughout the nation.

In Malawi, malaria is the leading cause of death in young children. Each year, there are about 5 million cases of malaria. Experts believe that Malaria is responsible for 34% of all outpatient visits and 40% of all hospital admissions among children under the age of 5. Although Malawi strives to improve economically it still remains one of the world’s poorest nations.

More than 70% of the population lives in poverty, with $1.90 per day. According to the World Bank, the COVID-19 epidemic has had a significant impact on the economy of Malawi. This is because COVID-19 has had a negative monetary impact on economic growth and health care. Prior to COVID-19, telemedicine innovations were expanding due to their promise to provide accessible health care to remote populations that lack access to local resources or expertise.

Experts say that the overburdened health care system leads to increased cases of individuals dying from illnesses like malaria before receiving treatment and COVID-19 has slowed down health services. Therefore, lowering the possibility of transmission of malaria could be an essential part of the nation’s malaria control effort.

Malawi is using drones to tackle malaria in order to keep an eye on mosquito breeding sites in Malawi’s central district known as Kasungu. This is the way to assist scientists in mapping the locations of mosquito infestations in water bodies, according to the World Economic Forum. Along with the African Drone Academy and the Malawi-Liverpool-Wellcome Trust (MLW), researchers set out to track mosquito habitats in Kasungu. Kasungu is abundant in dams and reservoirs, which sustain insect breeding sites during the dry season, The Telegraph reported.

Researchers used drones to map prospective larval homes in an area of 10 kilometers squared by taking in-depth pictures of the area from a height of about 120 meters. With the help of a GPS, the researchers then sampled larvae in order to find out which areas were more prone to mosquito breeding. Following that, they monitored the possibility of exposure within the home, enabling extremely focused malaria disruption activities.

It is evident that Malawi strives to curb the impact that malaria has on its people. A campaign has started in order to stop malaria by the year 2030 and such efforts have the potential to be achieved. The use of technology to curb issues within a modern world is showing to be progressive. In fact, according to The Telegraph, researchers claim that the investigation of using drones to tackle malaria has improved understanding of how minor dams and reservoirs impact mosquito populations.

The project’s success has encouraged the researchers to modify the technology to track the effects of plastic trash on the ecosystem and human health as well. Malawi’s continued progress and innovation could help the poor fight against malaria, leaving less of a burden on them for health care.