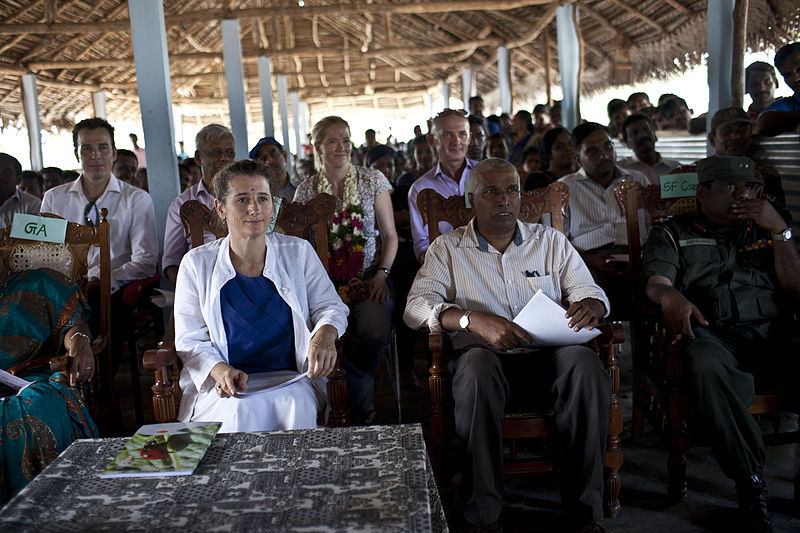 The World Bank, United Nations and the Organisation for Economic Co-operation and Development (OECD) are some of the biggest agenda-setters in foreign aid. While they all operate independently, each contributes to a shared effort and common understanding in achieving their goals.

In 2012, the United Nations convened a large conference to set targets and an agenda for goals in sustainable development by 2030. Of its 17 development goals and 169 targets, poverty topped the list and contained seven targets. The conference determined the most significant and salient issues relating to sustainable development until 2030. In support of this common objective, OECD also incorporated a platform regarding the 2030 Agenda for Sustainable Development. This exemplifies how one organization’s agenda can cross over and influence agendas that others set.

The Coordination Efforts of the OECD

The OECD advises the distribution and implementation of effective foreign aid flow among the aid members of its Development Assistant Committee (DAC). Within many different frameworks and groups, OECD utilizes a “gold standard” for foreign aid called Official Development Assistance (ODA). Since 1969, the largest countries convened within the DAC have adopted ODA as their primary source of distributing foreign aid. The definition of ODA is a complicated matter, because, for instance, the countries that are eligible for ODA change over time. Regardless, distributing foreign aid undergoes careful optimization to promote and target economic development and welfare in developing countries. These repercussions are wide-ranging. International bodies from the World Bank to the U.N. respect the standards that the OECD sets.

The OECD utilizes a top-down approach to achieving broader development and aid objectives. The organization regularly measures and assesses its progress in implementing its objectives. This includes providing advice to member countries. In its report on “Measuring Distance to the SDG Targets,” it provided member countries with an assistive overview of strengths and weaknesses when it comes to achieving the Sustainable Development Goals (SDGs) that the U.N. set. Such feedback helps countries stay on track to best reach the goals. Overall, the study revealed uneven progress on the Sustainable Development Goals. Some targets, such as infrastructure experienced near achievement, but other targets rated medium to low progress.

The World Bank is something of a twin to the International Monetary Fund (IMF). However, instead of preventing and dealing with financial catastrophes like the IMF, “the [World] Bank is primarily a development institution.” One can see the international links when the World Bank discusses ODA while considering foreign aid flows.

In 2021, one of the World Bank’s primary objectives is to soften the economic blow of COVID-19. It plans to deploy up to $160 billion by June 2021 in support of countries’ responses to the virus. For example, the World Bank provided nearly 7,000 infection, prevention and control supplies and more than 31,000 personal protective equipment to Papua New Guinea. In Ghana, it supported the training of thousands of health professionals and technicians. Today, the World Bank is the largest external financier of education in developing countries. In its 2020 annual report, the World Bank estimated that the International Finance Corporation, a member of the World Bank Group, would contribute to the creation of at least 1.9 million jobs through the projects it financed in the fiscal year 2020.

Thanks to organizations such as the World Bank, the U.N. and OECD, foreign aid benefits from higher levels of cooperation than ever. While no unitary body exists to overlook aid distribution, these organizations are filling the gap. Their efforts foster hope for even greater effectiveness in distributing foreign aid.

The Future of Eco-Building Materials The Dayton Accords: Bosnia and Herzegovina
Scroll to top