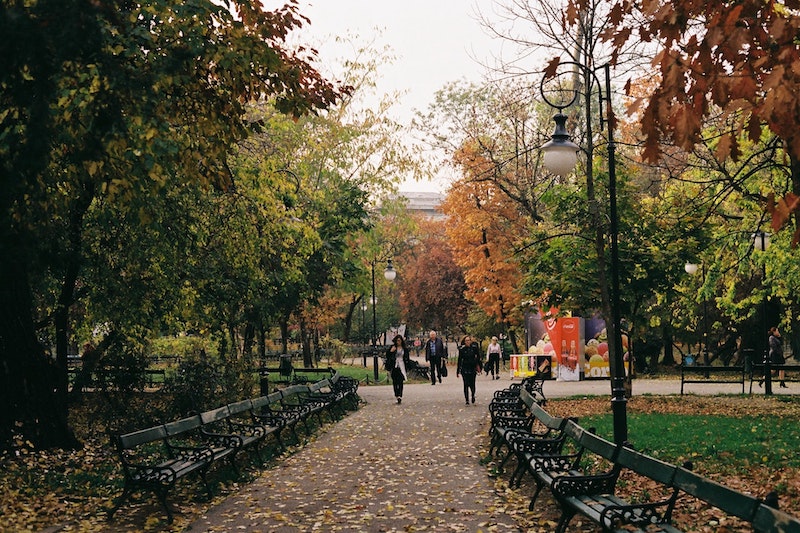 Romania is a beautiful country with rich culture and colorful nature. Romania maintains its traditional folklife with a clash of modernism. If one visited Romania, saw pictures or even watched a documentary, one would see the old and new structural buildings with sheep and cows plaguing the streets. Although thriving, many still consider the country an economically developing nation, with many aspects needing assistance. Currently, Romania is concerned with these recent diseases: the Coronavirus and measles. Diseases in Romania may not always be treatable, but vaccines can make them preventable.

Across the globe, the COVID-19 pandemic has negatively impacted every country. However, it has disproportionately affected those in developing countries like Romania. On February 26, 2020, the first case of COVID-19 received confirmation. Soon after, the coronavirus disease became one of the many diseases in Romania. Romania did not have a stable healthcare system. It did not have the proper resources such as medical equipment, supplies, personnel and let alone enough medical establishments to aid those in more rural areas.

According to The Institute for Health Metrics and Evaluation (IHME) data graph, Romania appears to face continuously increased spikes of daily infections. The projection estimated for hospital resource use, both beds needed and intensive care units would increase and be in high demand by October 18, 2021. Currently, 27% of Romania’s population has received two vaccinations, compared to 54% in the U.S. Many expect that Romania will stay at 27% while the U.S.’ vaccination percentage continues to grow. Due to the severity of the situation, Romanian authorities took action to spread a national campaign through media channels such as social media and television news to more spaced-out areas in Romania.

Measles is an infectious disease that affects the respiratory system yet may come across as simple flu. The contagious disease can spread through sneezing and coughing and it is not easy to detect. Many of the diseases in Romania are not curable or treatable but people can prevent them through vaccines and proper methods of prevention. Based on the article, “Measles Epidemics in Romania: Lessons for Public Health and Future Policy” by Stefan Dascalu, measles is the main leading cause of child deaths in Romania. This preventable disease led to the deaths of children, younger than 5 years of age. Although the cases of measles decreased from 1982, it is still endemic.

There are actually two doses of the measles vaccine, which are MCV1 and MCV2. Records and expectations stated that the vaccine coverage would be greater than 95% during the 2000s era. However, in the year 2010, a decreased trend of coverage appeared. By 2014, the trend declined to 89% of coverage only with those receiving the first dose. Unfortunately, the trend will likely continue to decline. In 2016, the most recent outbreak occurred where there were cases that exceed the number of 15,500. Additionally,  the death rates reached 59 individuals who died as a result of measles by the year 2018. The high rates of deaths could be due to many components: the lack of vaccination coverage distributed to areas of the countryside, lack of adequate supplies and the lack of parents’ understanding/ education to vaccinate their children.

Improvements that Leads to Solutions

According to the article, “Romania: Thriving cities, rural poverty, and a trust deficit” by Donato De Rosa and Yeon Soo Kim, Romania has both an urban side and a rural side. Bucharest is an example of Romania’s part that is thriving as a city with a contemporary and profitable system. However, some smaller villages are in the past. As many consider Romania to be an underdeveloped country, it does not have certain advantages like the United States. For instance, Romania faces poverty that has resulted in the lack of a proper health care system and resources for residents in rural areas. Providing foreign aid is a key component to allow these countries to gain stability. Becoming stable will likely help these countries alleviate poverty. This in turn will help economically and strengthen bonds with the other nations.

Member of the European Union

As the World Bank stated in the “Golden Growth: Restoring the Lustre of the European Economic Model,” the European Union (EU) has a goal to converge developing countries for improvement and also for economic benefits. In 2001, the EU integrated Romania as part of its “Golden Growth” model. The EU developed The Golden Growth model for economic convergence, in sections such as trade, finance, enterprise, innovation, labor and government.

There were significant reforms that took place in Romania as a result of the growth model. Reforms included a transition from labor-based and low technology methods to more advanced use of machinery and electronic tools. Between 2014 and 2020, Romania received 17.6 billion euros in investments to improve the nation’s poor infrastructure. The EU’s aid positively impacted Romania’s degree of efficiency and way of life. In turn, this led to Romania’s population decreasing “from 22.8 to 19.6 million since 2000, and is expected to keep falling.” This is a great indication of Romania’s improvement since more children are surviving and thus parents are having fewer children. Still, it is essential to implement better public health programs. Foreign aid to provide supplies to the population and improved education on the importance of immunization for low-income communities can also significantly boost Romania from extreme poverty.

Although the diseases in Romania appeared to be dire, the county is not alone in facing these challenges. As a member of the EU since 2007, Romania has received assistance from fellow nations for resources. Romanian authorities’ response to the coronavirus disease (COVID-19) was moderately swift, but it did not live up to its full potential due to the lack of medical supplies, equipment, and knowledge about the disease.

When the next outbreak struck, the country was better able to respond with the proper procedures and knowledge in place. In regards to measles, Romanian medical practitioners are developing strategies to spread the information on vaccines to poorer communities. These strategies range from advertisements to campaigns carried out on flyers. Romania has certainly come a long way from the original state of poverty. Overall, providing more foreign aid is a key component in forming stability in these countries. The U.S. does currently assist Romania but needs to do more with the assets it has.